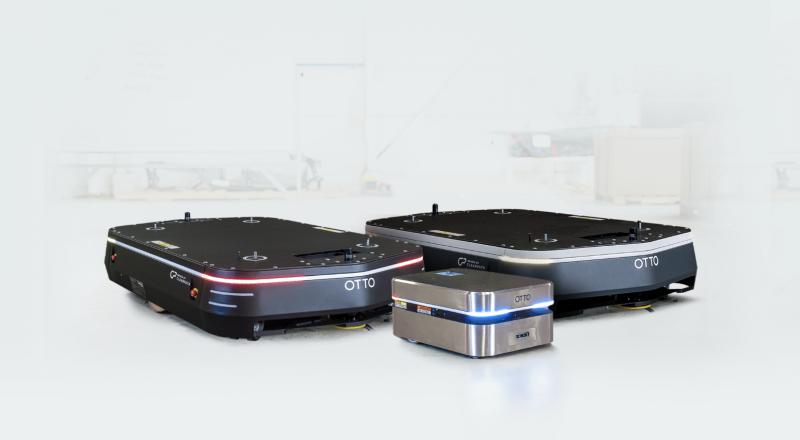 Focus on diversity will improve performance, innovation, and employee experience

Kitchener, ON, October 7, 2020 — Clearpath Robotics, a leading industrial robotics company, is pleased to announce board changes that advance its efforts in creating a more diverse and inclusive workplace. Linda Fayne Levinson, who joined the board in 2017, was appointed as chair early in 2020, and Whitney Rockley, co-founder of McRock Capital, has joined the board as the company prepares for accelerated growth following the previously announced US$ 34 million Series C financing.

The presence of two prominent female executives at the board level helps reinforce the message that Clearpath Robotics is a place where all team members feel they belong and can comfortably share their diversity of thought. With Rockley’s appointment, a third of Clearpath’s directors are women.

Gender diversity, specifically within tech companies in Canada, has traditionally lagged other industries. The company’s commitment to diversity and inclusion is a journey that will not only drive performance and innovation but it will improve the employee experience making Clearpath Robotics a rewarding place to work.

In 1978, Linda Fayne Levinson became the first female partner of McKinsey & Company and later became a Senior Vice President at American Express. She was also a Partner at GRP Partners, a venture capital firm investing in early-stage technology companies. Linda is a director at Jacobs and previously served as Chair of the Board at Hertz and a director of NCR, Ingram Micro, Western Union, lastminute.com, and Genentech. She also is a director of several private companies.

“When I first set out to find an independent board member in 2017, I was looking for what seemed like an unattainable list of experience. I wanted an operational executive with experience in VC/startups as well as scale-ups and public boards. Someone who could help us innovate our business model and be a CEO coach at the same time,” said Matthew Rendall, CEO and co-founder of Clearpath. “Linda possessed all the experience we were looking for, and we were very fortunate that she agreed to join us. She has provided valuable guidance on how we run our company. Her appointment to Chair has increased her scope and impact on our organization and our employees.”

“Working with the board and this outstanding entrepreneurial management team to scale the company and attract and keep the best talent is an honour,” said Fayne Levinson. “We strongly believe that hiring high-achieving, diverse talent is key to Clearpath’s success in bringing automation and resilience to enterprise clients.”

Whitney Rockley co-founded McRock Capital, a leading Industrial IoT venture capital fund, in 2012 with a vision that the advancements in computing power, big data, and cloud computing would transform large industrial markets. Whitney is a leader in Canada’s venture capital community and was the first female Chair of the Canadian Venture Capital and Private Equity Association (CVCA). She created the first task force on diversity and inclusion, which evolved into a committee that she chaired for several years. She has funded and helped scale numerous industrial tech companies over the past two decades.

“We’re on a journey to creating a more inclusive work environment. Having gender diversity at our board level is the first step to show that we’re serious about weaving inclusiveness into the fabric of our company,” said Rendall. “Whitney brings a wealth of expertise in the Industrial IoT market and a passion for diversity, equity, and inclusion. With her guidance, we’re committed to becoming a more inclusive workplace.”

“I believe that teams that come from different backgrounds and bring different perspectives dramatically outperform their industry peers,” said Whitney Rockley, co-founder of McRock Captial. “We encourage all of our portfolio companies to embrace diversity. Beyond Clearpath’s exciting potential in a growing market, Matt’s focus on diversity was in line with our beliefs.”

April Clarke, Clearpath’s Vice President of People, is leading the change. “We’re taking a hard look at the culture of our organization and exploring how we make changes to systems as fundamental as our core values,” said Clarke. “We want to ingrain inclusivity into our culture to attract, retain, and develop the best talent possible, regardless of gender, race, or identity.”

Founded in 2009, Clearpath Robotics established itself as a pioneer in autonomous robotics when it developed one of the world’s first platforms for robotics research. Today, the Clearpath Robotics platform is used to support robotics innovation in mining, military, agriculture, aerospace, and academia. In 2015, the company established the OTTO Motors division to focus on the use of autonomous mobile robots for materials handling in warehouses and factories. Visit www.clearpathrobotics.com and www.ottomotors.com for more information.