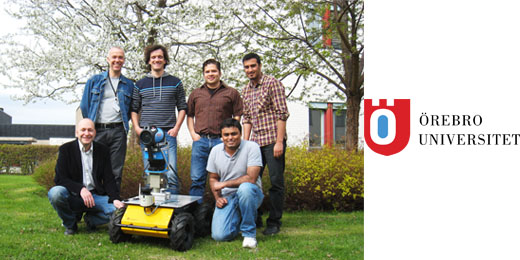 Imagine it’s a hot day in the middle of summer. The sun is shining, the birds are singing, and you’re about to sludge through a dirty, slimy, stinky landfill. This is the job of landfill operators and, as gross as it may be, it’s got to be done. When heat rises, greenhouse gas emissions go up, and they need to be measured. The engineering team at Orebro University determined, like the rest of us, that this job isn’t so fun. So they did something about it and created: Gasbot.

In 2012, Team Gasbot was one of ten recipients of the Clearpath Robotics’ Partnerbot Grant Program. The prize? A brand new Husky A200. This is what led to Gasbot – the mobile robot designed to monitor emissions and detect leaks in landfill sites or indoor facilities. 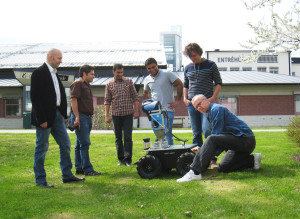 Biogas is produced at landfill sites by the decomposition of organic waste. While that’s happening, greenhouse gases like methane, carbon dioxide, and hydrogen sulfide can leak from the production site and go undetected for weeks at a time because current methods of monitoring are slow to detect them.

With help from the Husky all-terrain mobile robot platform, Gasbot can go where no human should. Aka: it can climb over mounds of trash like a champ! Gasbot has computational power, it’s always ready to go, it can easily adapt to new environmental conditions, and it’s safe. Oh, and did I mention that people don’t have to sledge through slimy mounds of garbage anymore? Another slight benefit… 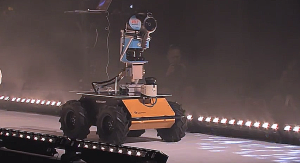 Since the team started the Gasbot project, they’ve reached new heights in research and have even had some attention from the media, particularly when their robot could localize increased concentrations of methane from a leaking gas pipe in the basement of a campus building. In May 2013, they were presented with the “Best Service Robotics Paper Award” at the International Conference on Robotics and Automation (ICRA) in 2013 – Check out their article here.

Additionally, they were featured on Robotdalen, a Swedish robotics initiative enabling commercial success of new ideas and research within robotics and automation. Gasbot is featured in the video below at 0:50 seconds in.

We’re thrilled that Husky helped Team Gasbot get so far and we can’t wait to learn more about their progress – this is a team to watch!