Husky A200 Keeps on Rollin’ Towards Mars 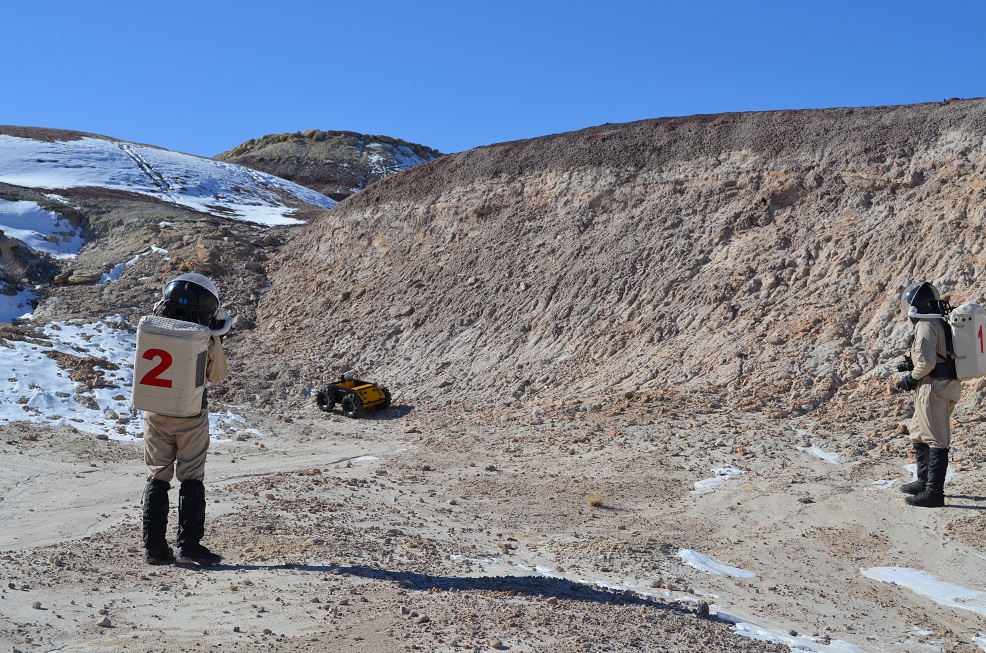 In April, the NASA-funded HI-SEAS (Hawaii Space Exploration Analog and Simulation) study will begin at ~8500 feet on the Big Island of Hawaii.  Chosen for their “astronaut-like” attributes – we assume “being awesome” was a key requirement – six volunteer crew members will spend 120 days in a simulated Mars environment.

The main focus of HI-SEAS is new forms of food and meal preparation for long-term space journeys (flex your culinary muscles in their recipe contest), however each crew member also has their own specialized research project.  Simon Engler, crew engineer, is focusing on robot-astronaut interaction.  Engler’s project has two branches: the complexities of operating a robot remotely while wearing a dexterity-impeding spacesuit, and the impact of robo-pets on the crew’s mental wellbeing.

Playing a key role in Engler’s research is Clearpath Robotics’ small but mighty UGV, the Husky A200.  Already being used for methane detection studies by the  Autonomous Space Robotics Lab (ASRL) at the University of Toronto Institute for Aerospace Studies, the Husky’s agility in rugged terrain, combined with its easygoing, user friendly nature, is quickly making it the go-to platform for Mars robotics research around the world. HI-SEAS currently uses the Husky to study robot operation while wearing a cumbersome spacesuit and as a useful tool, for example, for transporting rock samples back to the base station.

The HI-SEAS team is currently at the Mars Desert Research Station in Utah for a two week warm up before the official project kick off in Hawaii, and the Husky has wasted no time making friends. “We’re all very excited about the rover, and it’s slowly turning into a 7th crew member” says Crew Commander, Angelo Vermeulen.

The Husky A200 may be without a joyful wagging tail, but it looks like that won’t stop it from becoming man’s best friend on Mars.