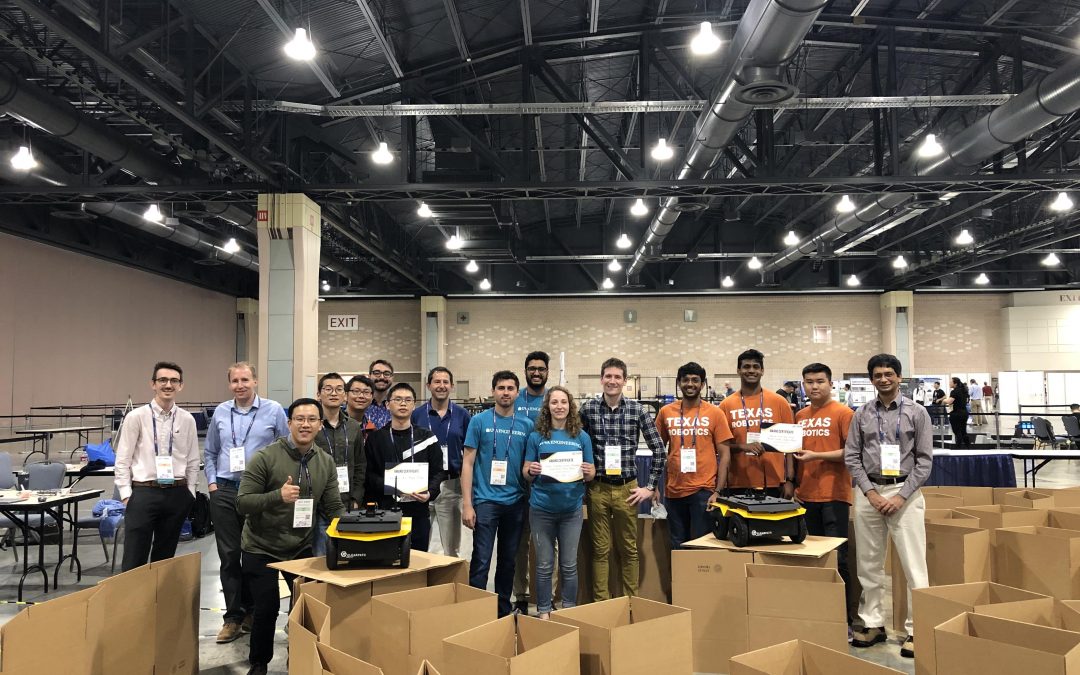 By far one of our favourite conferences to attend is the IEEE International Conference on Robotics and Automation. We were excited to be back in person in Philadelphia for ICRA 2022 last month after two years of remote attendance or cancellations. We enjoyed not only being able to support the conference as sponsors, but also all of the visitors who stopped by our booth to chat with our robotics experts and see our robots in action, including the new TurtleBot 4 and an autonomous Dingo-O!

We also had the opportunity to serve as an industrial sponsor for the Benchmark Autonomous Robot Navigation (BARN) Challenge, which aimed to create a benchmark for cutting-edge navigation systems and push the boundaries of their performance in difficult and constrained environments. The event was organised by researchers from UT Austin and ETH Zurich, who invited the top three simulation teams to compete in the physical finals at the convention centre: UT Austin’s Autonomous Mobile Robotics Laboratory (AMRL), the University of Virginia’s Autonomous Mobile Robots Lab, and Temple University’s Temple TRAIL. 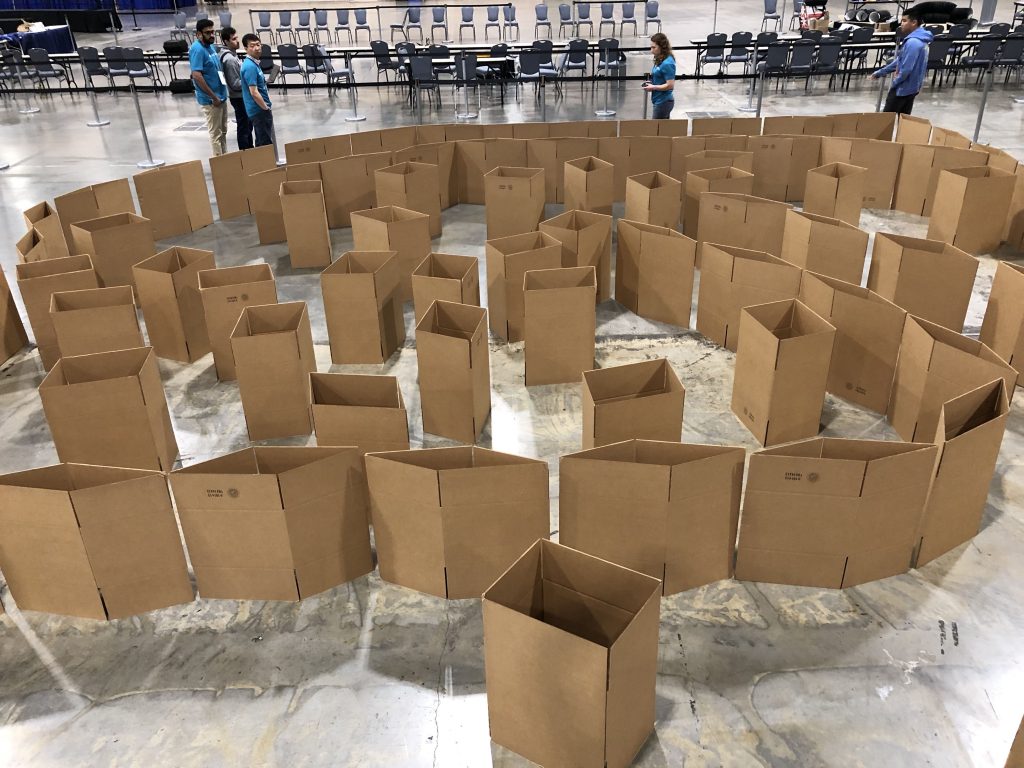 A Fierce Competition for Navigation

The BARN Challenge was held primarily on the simulated BARN dataset, but also in person at the conference venue in Philadelphia. The BARN dataset includes 300 pre-generated navigation environments ranging from simple open spaces to difficult, highly constrained environments, as well as an environment generator that can generate new BARN environments. The goal was to navigate a Jackal UGV as quickly as possible from a predefined start to a goal location without colliding. Physical obstacle courses were set up at the conference venue in Philadelphia using cardboard boxes during the in-person conference. Three different obstacle courses were included in the real-world challenge. Each team was given 30 minutes to complete five timed trials. The top three trials were taken into account. The team that finished the most successful trials (reaching the goal without any collision) would win.

“Such a platform is ideal to investigate agile, nimble, and high-speed navigation in highly constrained spaces. And since it is widely used by academia, the teams who have a Jackal UGV can easily test their algorithms on a physical robot.”

The Technology Behind the Success

The Jackal UGV included a 2D Hokuyo LiDAR, a motor controller with a maximum speed of 2 m/s, and adequate computational resources. The Hokuyo LiDAR was chosen specifically because it can see very close obstacles (0.3m) around the robot, whereas other options may struggle to see such close obstacles. Participants were required to create navigation systems that use standardised LiDAR input, run all computations onboard using the resources provided, and output motion commands to drive the motors. Participants were free to tackle the navigation problem in any way they saw fit, including traditional sampling-based or optimization-based planners, end-to-end learning, or hybrid approaches. 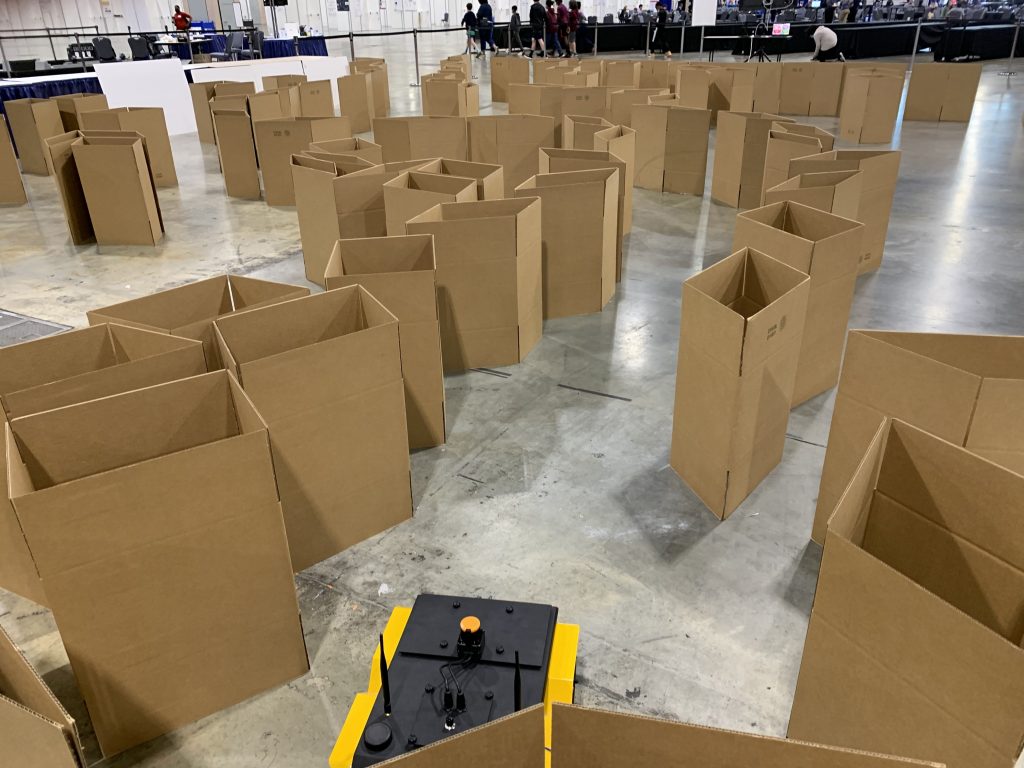 The organizing team selected Jackal UGV as the challenge platform due to its relatively small form factor “Such a platform is ideal to investigate agile, nimble, and high-speed navigation in highly constrained spaces. And since it is widely used by academia, the teams who have a Jackal UGV can easily test their algorithms on a physical robot,” explained Xuesu Xiao, Roboticist and Incoming Assistant Professor at George Mason University.

The winning team (UT AMRL) employed a traditional sampling-based planner that is well-suited to highly constrained environments. The team worked hard to fine-tune the parameters of their navigation system so that it would perform well in the simulated BARN dataset. Although they did not perform the best in simulation (Temple TRAIL’s end-to-end learning approach performed the best in simulation), the flexibility provided by the tuning parameters of the team’s planner allowed the team to use the 30-minute time onsite during the competition further to fine-tune the system for the three physical obstacle courses. End-to-end learning-based navigation systems, on the other hand, are overfitted to their training environment (e.g., the simulated BARN dataset) and perform poorly in the real world.