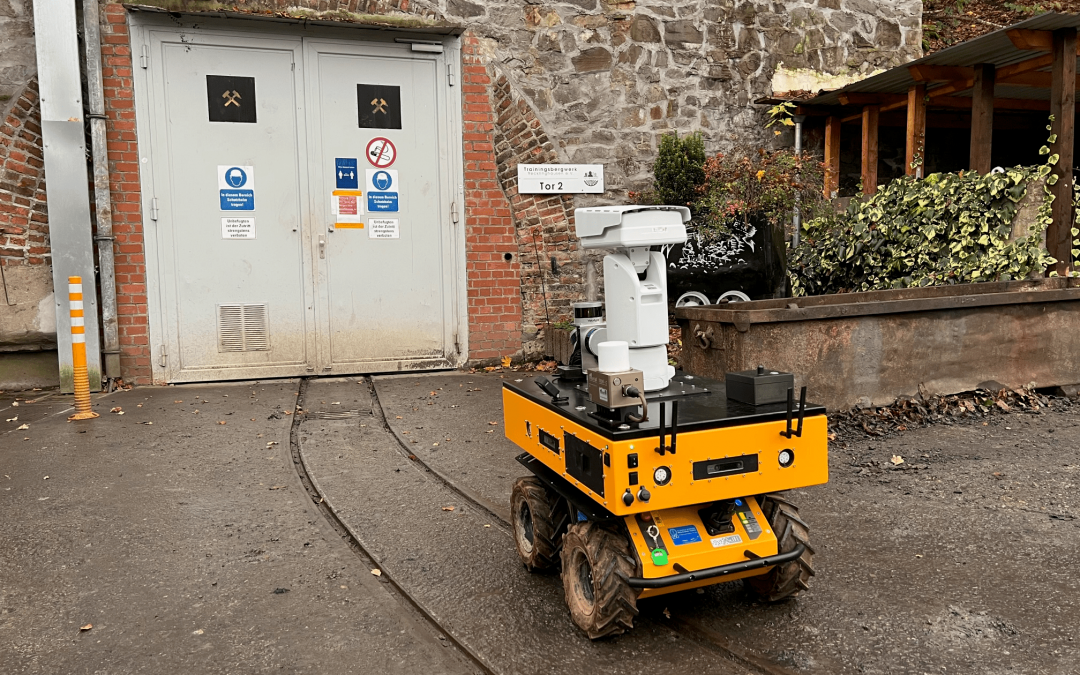 The mining industry plays a crucial role in the modern economy with various high-tech industries relying on precious metals. Coal, after all, is still one of the leading global energy resources. In fact, according to the Global Mining Market Report 2021, the “global mining market is expected to grow from $1641.67 billion in 2020 to $1845.55 billion in 2021”! For such large output naturally comes a massive demand for manual labor. However, many of these jobs are dangerous, difficult, and dirty. Underground mines are hazardous working environments that put human lives at risk while the operators must be trained and often take a long time to reach the spot that must be scanned. For years, researchers and roboticists alike have been working to develop autonomous systems to alleviate many of the concerns regarding working in mines. However, considerations outside of immediate safety, utility, and productivity are often disregarded.

In order to address many of these deficiencies within the mining industry and in order to develop a better future for robots in this space, a series of partners led by DMT GmbH & Co. KG created a European Institute of Technology (EIT) Research Project named UNDROMEDA – Underground Robotic System for Monitoring, Evaluation and Detection Applications. The goal was to work towards an invisible, zero-impact, intelligent, safe, and fully autonomous mine that tackles future mining challenges concerning social and environmental acceptance as well as economic efficiency.

Specifically, the project is using Husky UGV to significantly reduce the risk for underground personnel by replacing manual measurements. Automation will reduce time and costs for mapping and monitoring while advanced sensors and their integration will enhance the information density and quality.

A Rugged Robot for a Rugged Environment

The team’s Husky UGV, named Alex (after the University of Freiberg’s famous alumni Alexander von Humboldt) was used as a mobile base for their sensors and processing unit which are able to produce a detailed 3D map of the environment but can also be utilized for inspection and emergencies. Specifically, the platform carried by Alex contained several sensors that are used to perform Simultaneous Localization and Mapping (SLAM) on the additional processing unit in the platform. It produces an online map that can be used for orientation and first assessments using the Robot Operating System (ROS). In post-processing, this map can be refined for evaluation of e.g. the deformation of slopes. To achieve these processes, Husky UGV was equipped with the following components:

“Husky UGV is a rugged, dust- and waterproof platform that can be used out of the box and comes with detailed documentation and ROS support. It publishes its status in ROS which we could use to show in our user interface and also has an available configuration for the ROS navigation stack which otherwise takes a lot of work to configure.” 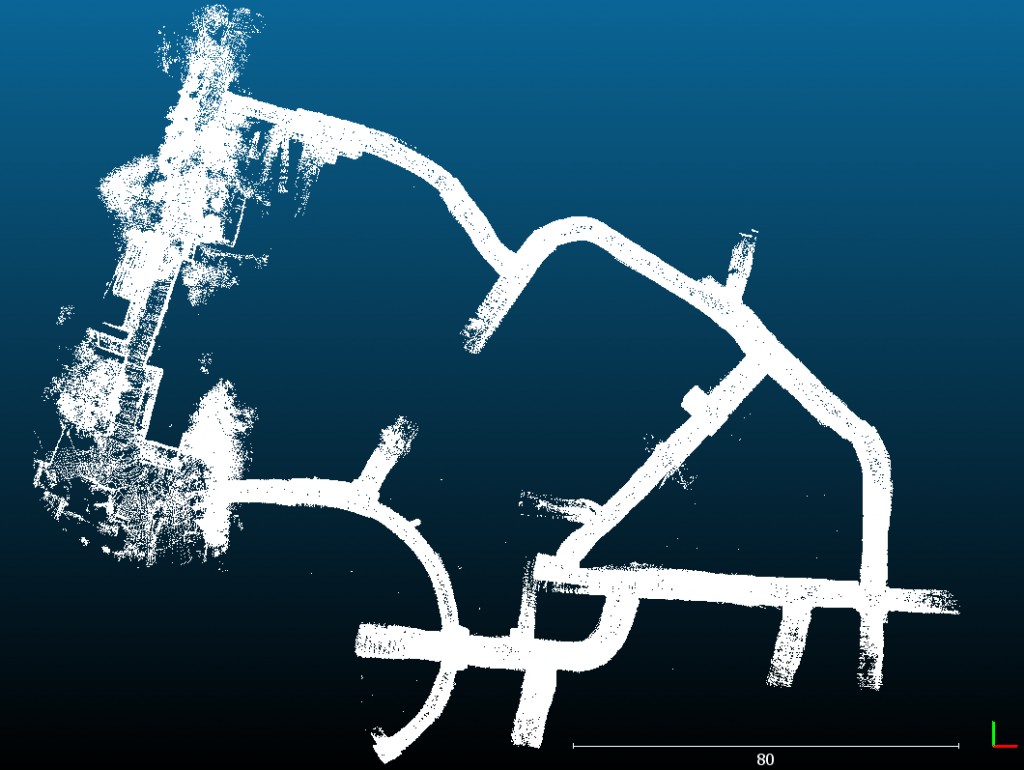 One of the challenges with such an ambitious project is that while the robot in UNDROMEDA has to perform tasks in underground mines, it has to cope with harsh environmental conditions, i.e., splash water, high moisture, dirt, dust, and other environmental hazards that the robot must be able to withstand. Therefore, the first criterion when choosing a robot for such tasks was a suitable IP classification regarding the IEC 60529 standard. Furthermore, the team needed a platform that is able to carry and evaluate multiple sensors providing redundancy for localization and mapping as necessary. 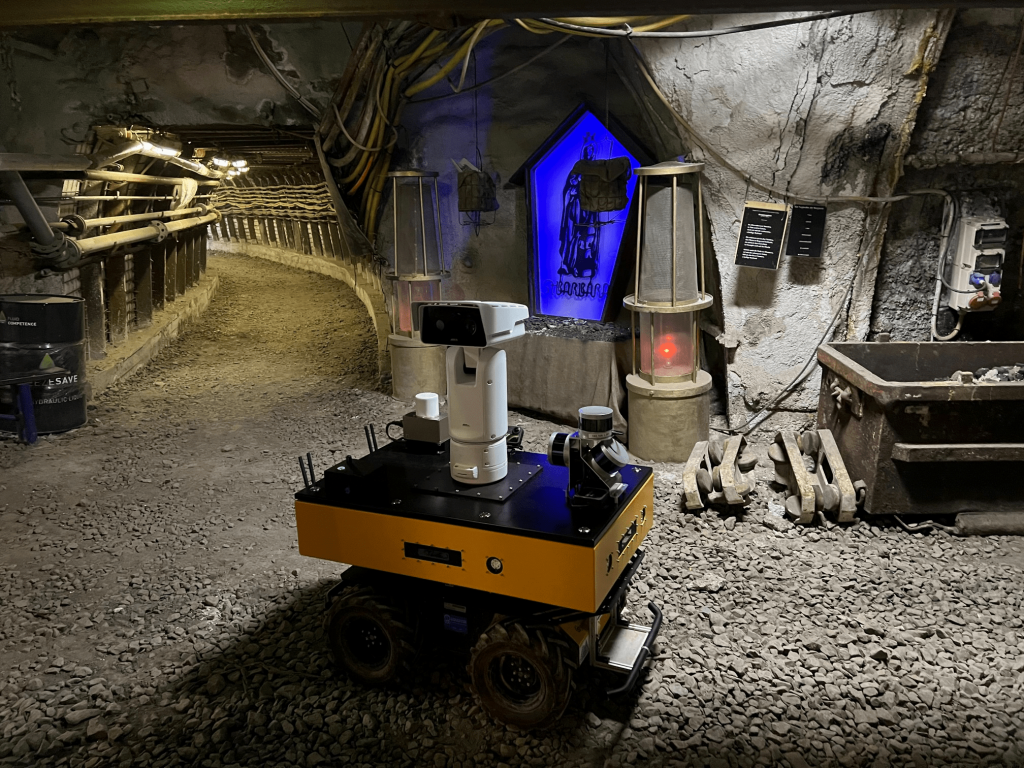 That’s why the UNDROMEDA team opted for Husky UGV, as it is a versatile platform that can be utilized out-of-the-box and can traverse difficult terrain. Its payload and battery capacity enabled mounting a large array of sensors while still providing a sufficient run time. Without Husky UGV, the team would have resorted to tediously mapping the slopes using a handheld or terrestrial laser scanners controlled by human operators.

Ultimately then, as Marco Steinbrink, a project team member from DMT, said, they selected Husky UGV “is a rugged, dust- and waterproof platform that can be used out of the box and comes with detailed documentation and ROS support. It publishes its status in ROS which we could use to show in our user interface and also has an available configuration for the ROS navigation stack which otherwise takes a lot of work to configure.” 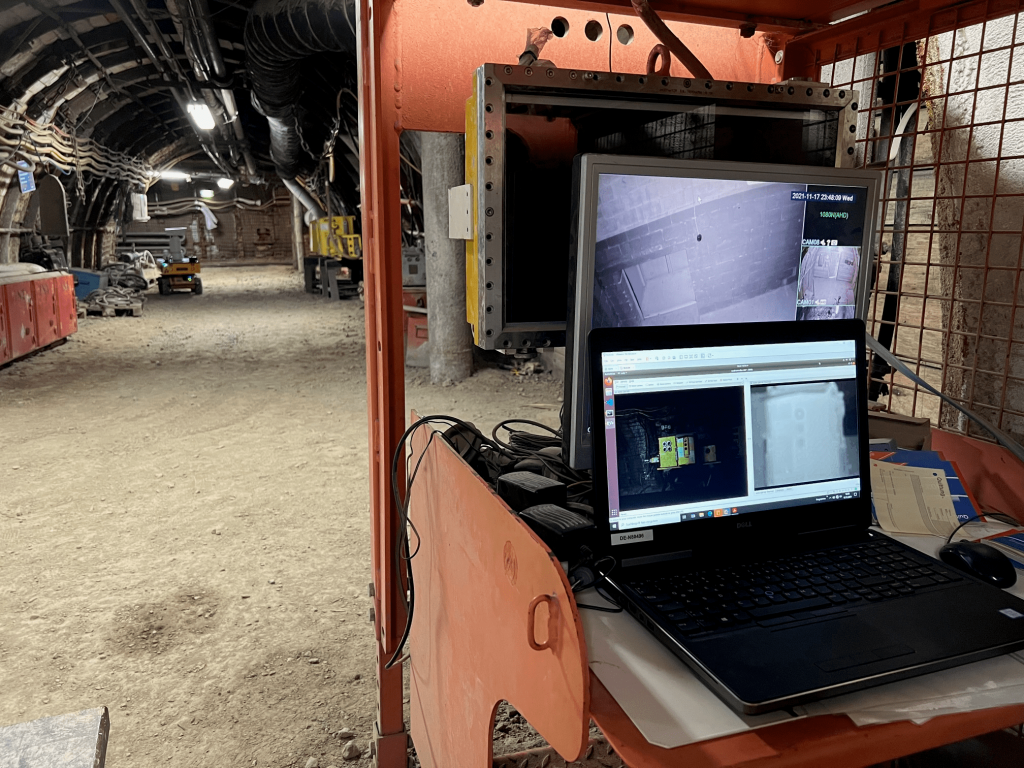 With the help of Husky UGV then, the team was able to complete the first test run in a training mine conducted using remote control. This test was incredibly important feedback as they learned that the train tracks inside the mine prevented autonomous mapping as their height matched the clearing below Alex, which made it necessary to cross the tracks at a specific angle. Furthermore, they must consider reducing the payload as climbing over obstacles could lead to battery damage due to overvoltage. The team is excited to continue iterating on their project and hope in the future to use the robot for commercial scans in underground mines and similarly hazardous environments.

The UNDROMEDA team consists of the following members:

To learn more about UNDROMEDA, visit their website here.

The work in UNDROMEDA was supported by EIT RawMaterials.