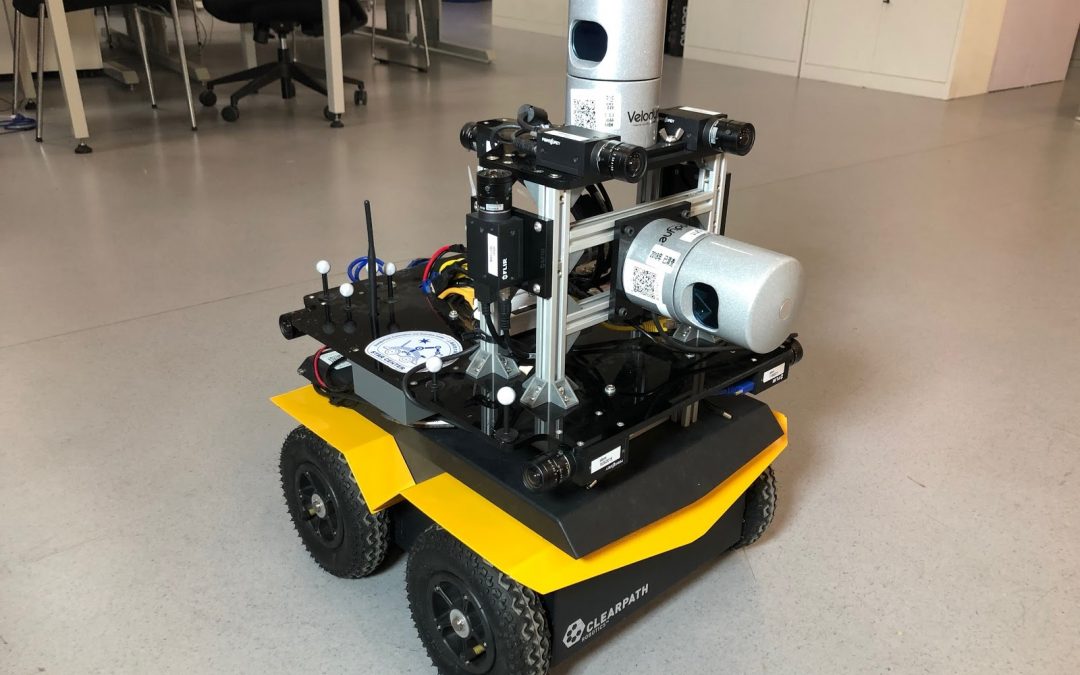 A core technique of robotics is to be able to navigate the dynamic and ever-changing world. Simultaneous localization and mapping (SLAM) is absolutely crucial for systems to keep track of their location within an environment. SLAM algorithms are used in navigation, robotic mapping, and odometry for virtual reality or augmented reality.

Naturally then, research into this computational problem has been a focal point for the robotics community at large. Open-source repositories such as Github and ROS have played a significant role in providing key stepping stones for research and development. A team from ShanghaiTech University in China are avidly working with Jackal UGV to develop and collect open-source datasets for sensor data to support such SLAM research and share with other roboticists.

ShanghaiTech University is a fairly young research university that was founded in 2013 by the Chinese Academy of Science and the city of Shanghai. With an academic focus on STEM research, ShanghaiTech is committed to serving China’s national challenges in economic and social development with the focus on science and technology, and nurturing the next generation of innovative scientists, inventors, and entrepreneurs. ShanghaiTech’s five schools and four research institutes are committed to tackling the challenges that China and the world are facing in the fields of energy, materials, biology, environment, human health, information technology, and mathematics.

Creating a Database for the SLAM Community

The team’s advanced mapping robot, using Jackal UGV as a base, is leveraging this rich academic and research-focused environment for SLAM research; a computation they consider to be essential for most mobile robotic applications. The team is well versed in the active community and long history of SLAM.

So, they recognized that the datasets which store the sensor data collected by robots are at the core of SLAM research since they allow repeatable and reproducible results which are needed to compare different SLAM approaches. While there are some popular datasets like the Intel Dataset or KITTI, those are limited by the data they can collect. The aim of the Jackal UGV based project, then, is to generate comprehensible and high-resolution datasets for the benefit of the SLAM community via an advanced mapping robot, featuring a sensor suite “previously unseen” in mobile robotics. 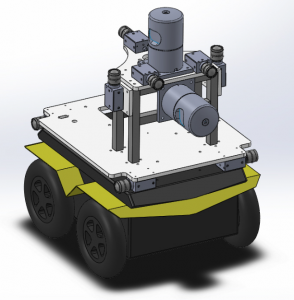 The CAD model of the robot and its sensors

“It offers plenty of space inside the robot to install a fast computer and is just the right size for the sensor payload. The Jackal is very easy to use because of its nice ROS interface and it is very reliable, so we did not need to spend any efforts in this project on the mobile base or the power source. I chose Clearpath Robotics over its competitors because I cherish the reliability and ease of use of their products”.

The key challenges in this project were to develop a reliable mapping robot and the according software system for data recording. On top of the mobile base platform, the team also needed to mount two (2x) Velodyne HDL-32e 3D LiDARs, nine (9x) Grasshopper3 high-resolution cameras with 5MP, one (1x) IMU, and a computing system that utilizes an Intel i7 to collect all the data. The Velodyne sensors, on the other hand, were powered via the battery, while the cameras were powered via USB.

The positional data (odometry) for the robot was collected from an Xsense MTi-300, the Jackal’s ROSodometry (from its onboard IMU and motor encoders), and from an Optitrack Tracking System (when in range).

To run the robot’s processes, the team used the Clearpath open-source software stack for Jackal UGV. To properly synchronize the hardware of all of the sensors, they also had to develop their own system. In the same vein, the team paid close attention to how they calibrated their many sensors for maximum accuracy. Finally, the robot had to prove real-world applicability by collecting three datasets and running 2D and 3D LiDAR, as well as visual SLAM algorithms using those datasets. 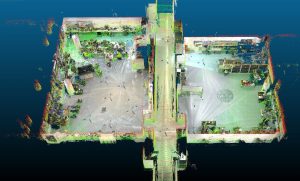 Jumping in Quick with ROS

The team’s real focus was on the testing and application of their algorithms. They didn’t want to spend their valuable time building a new mobile platform from the ground up and so, they opted to use the pre-built and out-of-the-box ready Jackal UGV. What made Jackal UGV stand out above other options was its robustness and reliability, high speed, high mobility, and readily available documentation.

As the team lead, Sören Schwertfeger, commented: “It offers plenty of space inside the robot to install a fast computer and is just the right size for the sensor payload. The Jackal is very easy to use because of its nice ROS interface and it is very reliable, so we did not need to spend any efforts in this project on the mobile base or the power source. I chose Clearpath Robotics over its competitors because I cherish the reliability and ease of use of their products”.

And Professor Schwertfeger speaks with experience. During his Ph.D. at Jacobs University in Germany with Professor Andreas Birk, they built mobile robots themselves. While they did find the experience educating, it was a lot of effort to design, build and maintain the robots themselves and required lots of knowledge regarding mechanical and electrical engineering. This is how Schwertfeger knew that using well designed commercial products like Jackal UGV would let the team concentrate on the research task at hand. 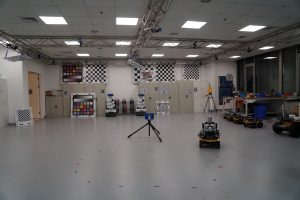 Jackal UGV taking a drive around the lab

With their project seeing great success and publication of their three datasets, the team is already eagerly working on expanding its scope. Currently, they are testing a significantly upgraded version of the mapping robot which will use four 3D LiDAR sensors with a total of 576 beams, as well as four solid-state LiDARs. Next to an omni-directional camera they also plan to mount 10 cameras with 5MP at 60Hz, stereo infrared and stereo event cameras as well as two differential GPS receivers. In order to reliably collect all this data, a mobile robot would need to use a  cluster of 12 computers! This sensor suite, however, will require a bigger mobile base. Lucky, Clearpath has a range of mobile platforms for all types of payload and terrain, so the team plans to switch over to Husky UGV for this application. 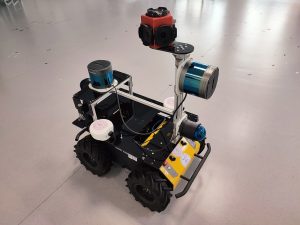 This project was a collaboration between the School of Information Science and Technology (SIST), the ShanghaiTech Automation and Robotics Center (STAR Center), and the Mobile Autonomous Robotic Systems Lab (MARS Lab). The team was spearheaded by assistant professor Sören Schwertfeger who joined ShanghaiTech in August 2014 from Germany and supported by Ph.D., Masters, and undergraduate students including Hongyu Chen, Zhijie Yang, Xiting Zhao, and many others.

If you are interested in reading their published findings, you can find that here.