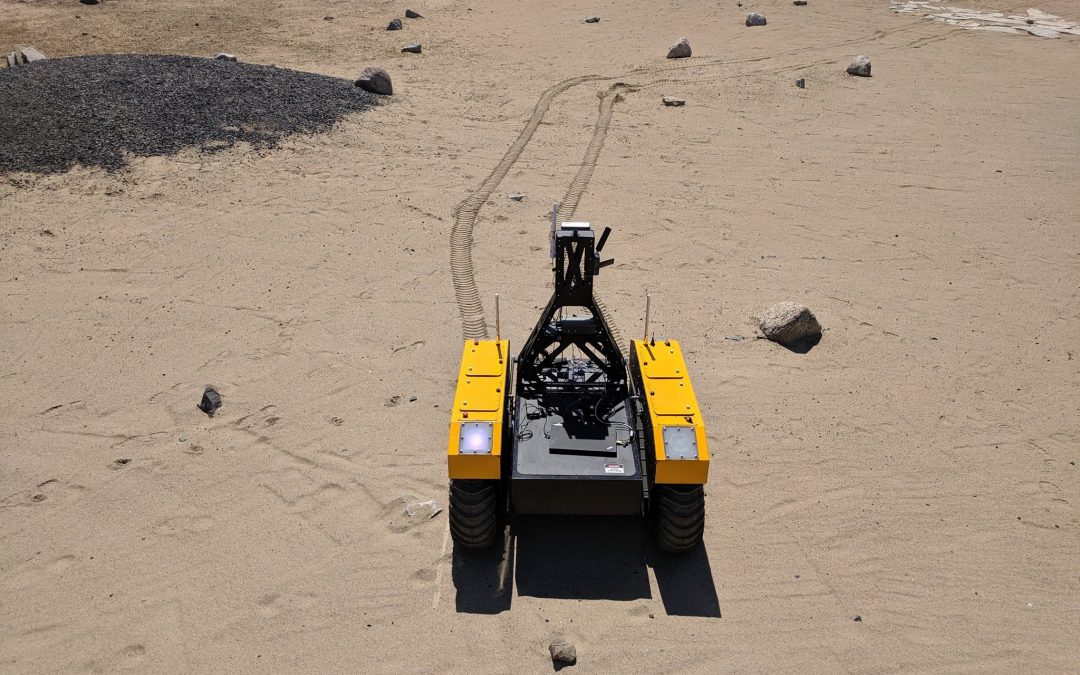 On June 7th, 2019 Dr. Tanya Harrison stood in front of a large crowd at re:MARS in Las Vegas with an X-Box controller in her hand. With a few button presses and joystick movements, the projected screen to her side showed a Warthog UGV moving — over 4000km away! The occasion was a talk titled “Roving Robots on the Red Planet” and was her presentation with participation from Mission Control Space Services to describe the challenges and communications issues that current planetary exploration missions face when operating Mars rovers, such as time delays and data transfer limitations.

Mission Control is a leading Canadian space exploration and robotics company with a focus on mission operations, onboard autonomy, and artificial intelligence. They believe that the key to democratizing space exploration is developing the right software to enable cheaper and more efficient missions, and live mission accessibility. In this pursuit, they utilize their Mission Control Software (MCS) to streamline end-to-end development and operations for robotic analogue and space missions. 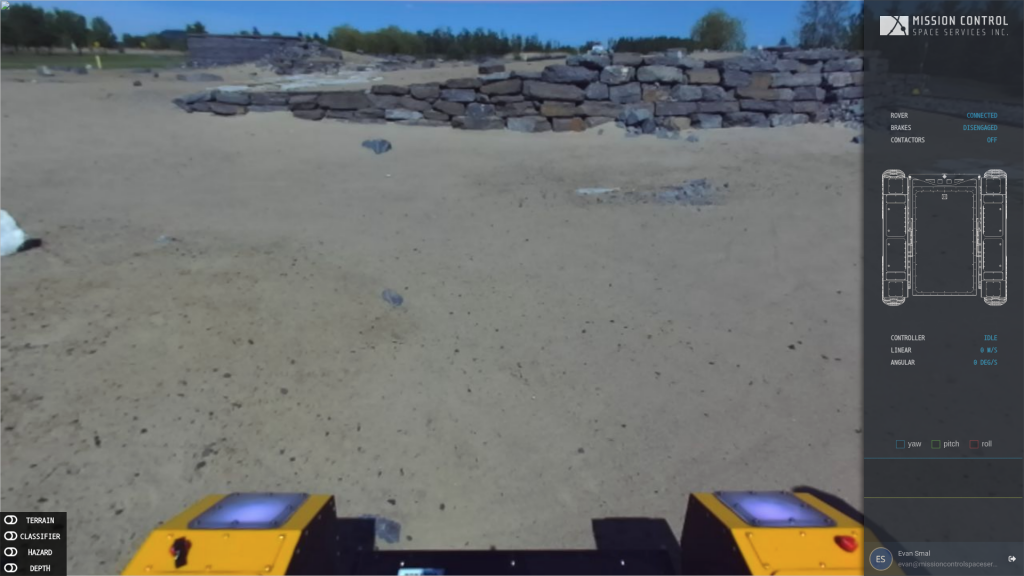 Their aim for the re:MARS demo was to demonstrate how artificial intelligence can aid safe navigation. The conference was well-suited for the occasion as it is a new AI event of machine learning, automation, robotics, and space. The ultimate goal being innovation. Mission Control believed that best avenue of presentation would be to allow members of a live audience in Las Vegas to operate a rover located at the Canadian Space Agency’s analogue terrain in Saint-Hubert, Quebec in real-time.

The team at Mission Control believes in sustainable exploration and inspiring the next generation to always keep exploring.  Over the last four years, they’ve delivered their immersive, technology-based Mission Control Academy Mars educational program to students on four continents!  With their guidance, students had the chance to operate a real rover prototype from any internet-connected classroom and experience what is like to explore Mars.

One Small Step For Robots 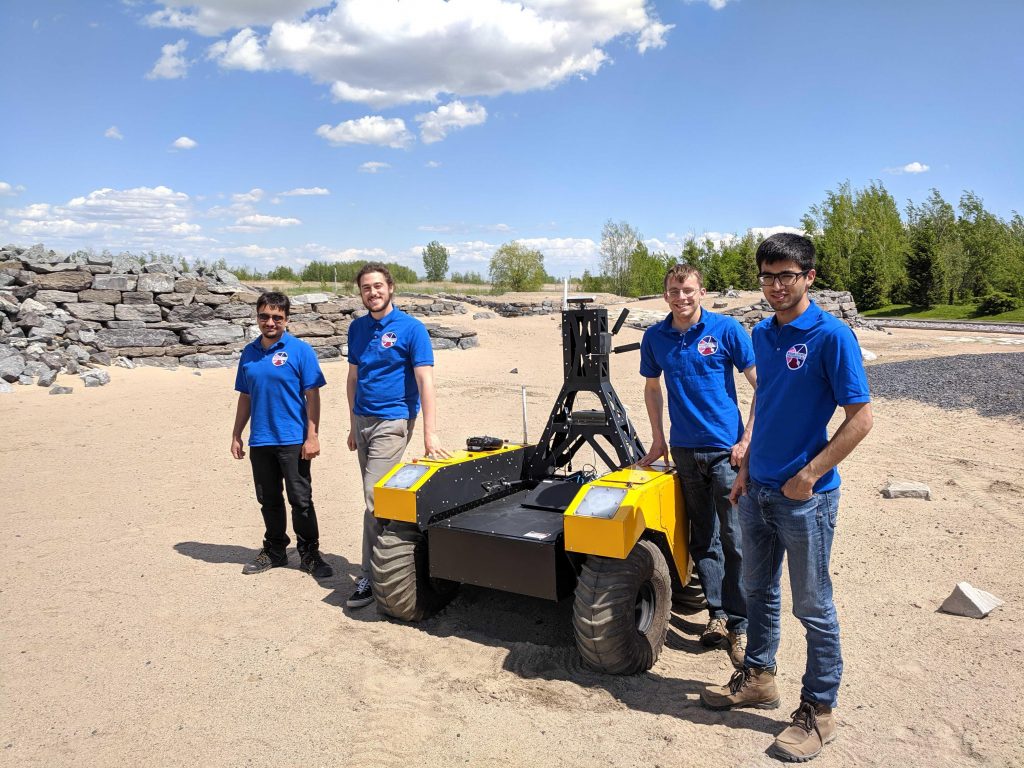 But space rovers are nothing new, right? Well, the Mission Control team was demonstrating two novelties:

The former is a core element of Mission Control’s software, that enables new capabilities for robotics developers and operators to rapidly deploy remote robots. It also unlocks new opportunities to engage with both a distributed team and a larger, more diverse audience during space missions and robotic operations.

The latter is a key capability required for the next generation of planetary rovers exploring the Moon and Mars, allowing those missions to be safe and more efficient through more autonomous operations.

The core work of the robot demo was developing a modular software framework. With this framework, the laptop would communicate with the Warthog UGV (via a ROS node) and then Mission Control’s own radios and custom messaging protocols would deliver telemetry and imagery to a browser-based user interface.  This would allow Mission Control to develop applications that are agnostic to the target computer, robot, and even sensors. To achieve that level, however, they had to work with multiple robotic platforms and sensors and spend a lot of time conducting high fidelity analogue field tests (If you are looking to conduct your own robotic field testing in the future, check out our top tips here). While the re:MARS demonstration was conducted at CSA’s analogue terrain, their test locations include quarries, the sand dunes of White Sands, New Mexico and now Iceland as well (You can follow Mission Control’s SAND-E mission in Iceland on social media). 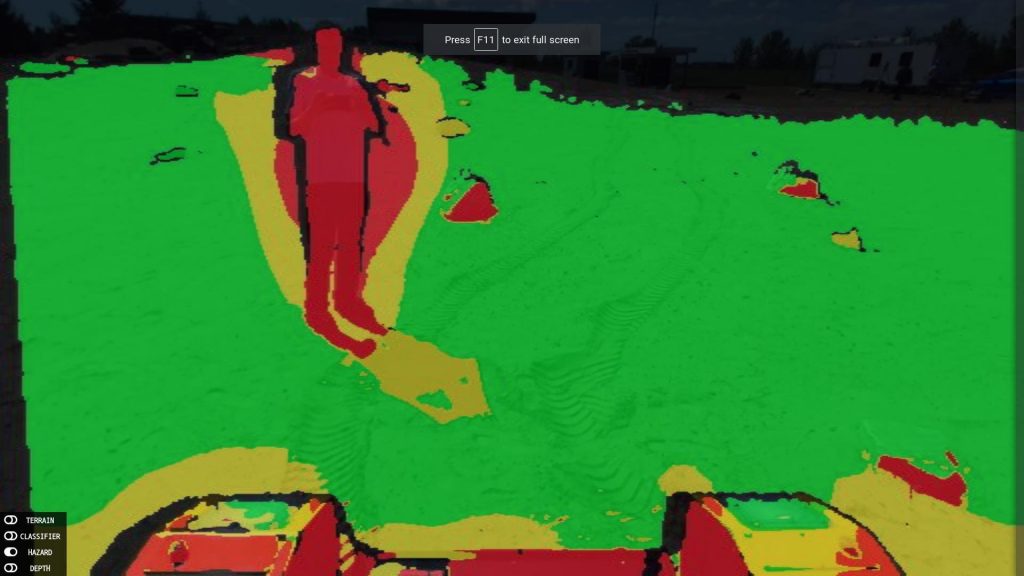 Since Mission Control is a software company, their major challenge was obtaining a mobile robot and sensors that could operate in harsh conditions. In the past, they did not have enough robots to do all the testing required to validate their software at one time. This was the case for the re:MARS demo as their own rover was packed in a shipping crate on its way to Iceland at that time. Warthog UGV, though, was happy to step in.

Through access to a Warthog, Mission Control sees Clearpath as a key partner that enabled a demonstration of their capabilities on a high performance and commercially available robot. With the open source code available to integrate their hardware and software onto the platform, the robot was up and running within a couple of hours. The time saved here allowed the team to validate that their software products could enhance the capabilities agnostic of specific platforms and hardware.

Without the help of Clearpath Robotics, Mission Control would had to have integrated their software on custom robotic platforms and target low level embedded computers or highly customized sensors; a process that would take considerable time and effort. Designing software for target hardware means that automating and operating a robot is a highly bespoke task. This method makes commoditizing software products for robotics virtually impossible.

Mission Control believes that Clearpath Robotics’ work in standardizing robotic platforms for development was not only a key factor for the growth of their company but also for the robotics industry as a whole. “Clearpath provides the best robots to develop and demonstrate capabilities of space robots on Earth”, says Mission Control CTO, Michele Faragalli, “Clearpath is the go-to solution for developers who need a robotics platform. As a company developing software solutions for robotics developers, Clearpath is the ideal platform to demonstrate our products to our customers. Clearpath aligns with our company’s values and is a reliable partner to Mission Control”. 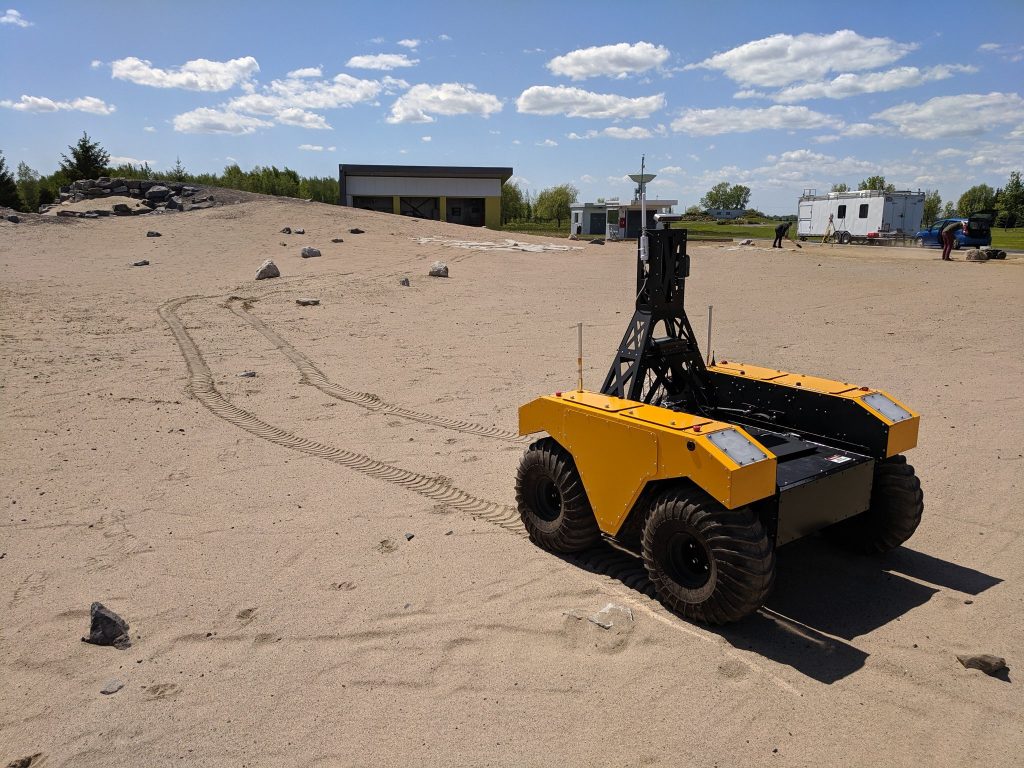 Finally, as Mission Control is interested in fuelling the passion of future space exploration engineers they were happy that their demo brought the “Wow” factor at re:MARS that they were looking for. The demo was the perfect high exposure event to showcase their software and work. “The re:MARS demo was a high exposure event that allowed us to showcase Mission Control Software and the work that we are doing”, says Faragalli, “Clearpath is a valuable partner in all our endeavours, both technical and not, and were essential in helping us seamlessly execute a successful demo in front of an important audience.”

In the future, Mission Control will continue their work in the space exploration and robotics fields and aim to deploy this kind of technology to operate lunar micro-rovers in the next 2 years.