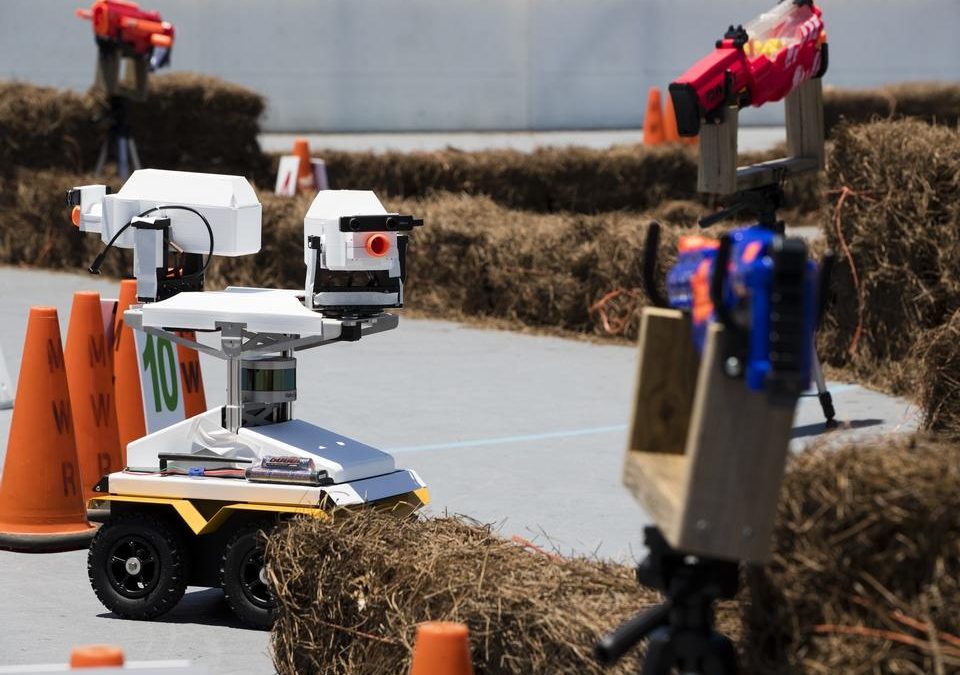 Eyes on the Prize

On March 22nd, 2019 the Panama City Division of the Naval Surface Warfare Center were eagerly gathered for the 2019 Director’s Cup. Three teams representing various departments of NSWC PCD rolled their Jackal UGVs onto the scene to compete in a variety of technical skills. The objective for their design was, using the Jackal as a base, to develop a fully autonomous solution to navigate an area with obstacles to detect, identity, and finally shoot at (with attached Nerf guns) several targets. Leading this project were mechanical engineer Kyler Hast and software engineer Brandon Sheffield who hoped to promote the development of machine learning and artificial intelligence. Beyond their Nerf adventures, NSWC PCD is recognized for their work on mine warfare systems in littoral areas and amphibious/expeditionary maneuver warfare systems.

While the design challenge of the 2019 Director’s Cup presented an ideal opportunity for research and development, the NSWC PCD team also leveraged the event as a new hire development program to competitively pit different departments against each other.  There’s nothing better than having to design an autonomous UGV with detection, identification, and neutralization capabilities with a Nerf Rival Nemesis gun strapped top, to get the creative juices flowing. As the robot design was challenge-based and competition oriented, some of the core challenges were time constraints and information overload, for example understanding complex robotic topics such as SLAM, Deep Learning, ROS, and sensor fusion to accomplish competition requirements. Those requirements included everything from navigational accuracy to durability and would be evaluated through a point-system in a series of static and dynamic events.

See the video below for highlights of the event:

For further competition details of the 2019 Director’s Cup, you can check out the June 2019 edition of the Coastal Compass.

The key role that Clearpath Robotics played to enable such a creative event like the 2019 Director’s Cup was that it reduced any hardware and software problems, as the Jackal UGV offered an out-of-the-box solution. This allowed the competing teams to rapidly prototype new ideas. In the cup’s history, prior to choosing a Clearpath solution, they had followed the traditional route of building the robot hardware from scratch and reusing any open source software to fit it. However, the downside to the old way made it infeasible to place focus on advanced software features such as autonomous capabilities. The end result being that the robots had to be manually controlled for past competitions rather than 100% hands-off.

Before NSWC PCD`s Jackals were ready to neutralize targets, the team was involved in Preliminary and Critical Design Reviews for months, where they present progress adapting the UGV to their competition needs. It was important to keep in mind that the Jackals would have to compete in a variety of technical events including  Accuracy, Classification, Navigation, Counter UGV, and the Main Event. In order to meet the technical needs, the team equipped the robots with SICK LMS-111 sensors, provided IMUs for out out-of-the-box autonomous navigation solution and utilized a ZED stereo camera for image classification.  An additional payload consisted of an NVIDIA Xavier, Nerf Rival Nemesis gun, and an Arbotix-M microcontroller for classification, control and neutralization of a target. 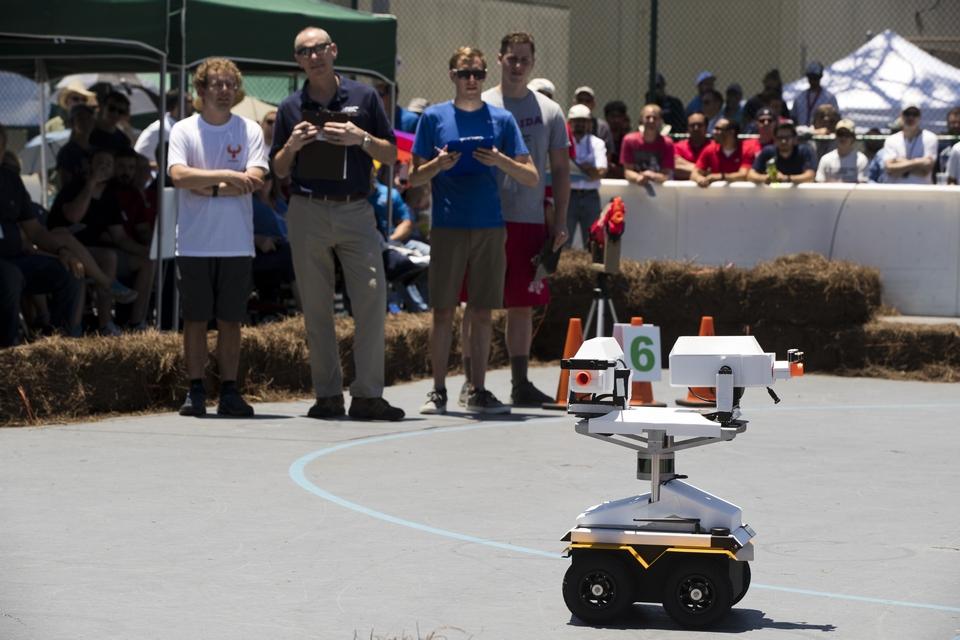 The 2019 Director’s Cup ended up being very successful for the Panama City Division of the Naval Surface Warfare Center with “Dingo’s Revenge” winning from X Department. Team members that excelled in representing their departments were also awarded opportunities in other projects to advance their robotic expertise gained from interacting with the Jackal UGV over the past year. Most importantly though, new hires that competed in the competition learned valuable robotic technical skills to carry them out into their future careers. One of the strengths that they identified as working with Clearpath was that they benefited greatly from our guided tutorials on the Jackal.  Due to the success of the event and incorporating the Jackal UGVs, the NSWC PCD is happy to share that they are discussing the possibility to expand the Director’s Cup beyond their division and compete against other NAVSEA commands.

Clearpath stood out to NSWC PCD as being able to provide a unique service and solution that they were able to customize to fit their needs without being locked into closed-source software. The benefits of rapid prototyping with out-of-the-box UGV solution and software simulation were too valuable to pass up. We wish their team the best of luck in expanding the Director’s Cup and are excited to see future designs.

To learn more about the Jackal UGV, click here.