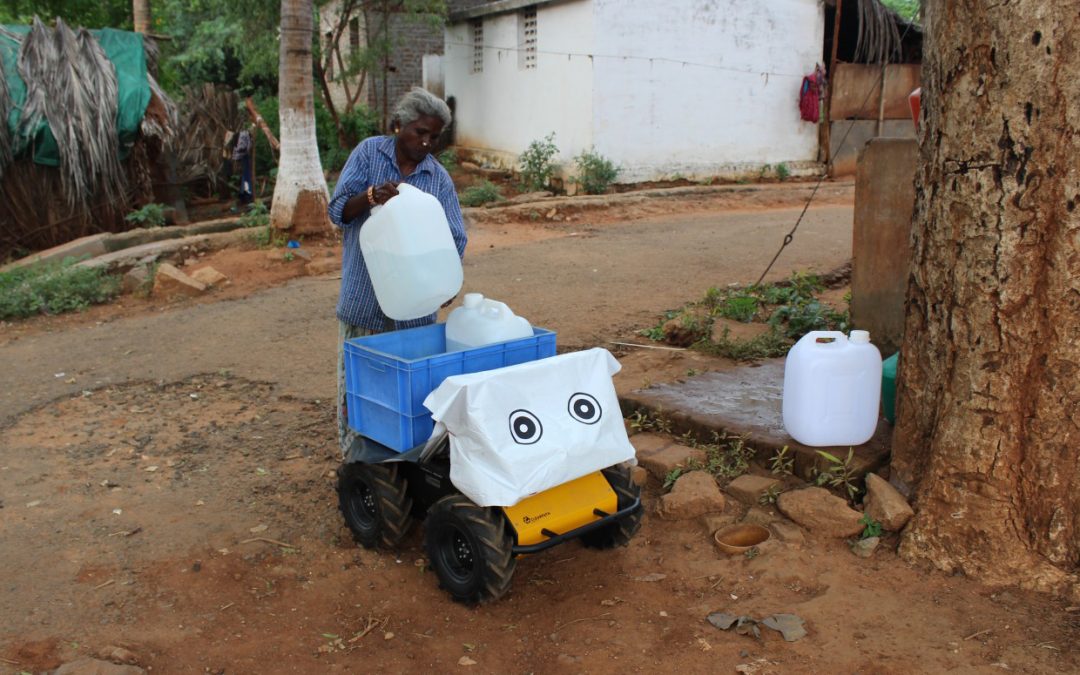 Every day, researchers are finding ways to mitigate problems throughout the developing world. At the recent Social Robots in the Wild workshop at HRI 2018, Amol Deshmukh of the University of Glasgow presented a new human-robot interaction study. In the study, a team took a water hauling robot to a village in Rural India. Water transport is a real problem in India, as over half of the population doesn’t have tap water at home. For those without running water, they have to go get it from often over 500 meters away and haul it back, a process that usually takes 5 hours per day. In the experiment, a Husky UGV was equipped with a water crate that held three jugs of water, and when it was time to get water, the robot, using a Bluetooth speaker, would ask a study participant to fill each jug and load it up. Then, the Husky UGV would offer to transport the water to each participant’s home.

The main focus of the research was not only to facilitate water transportation, but also to expose people who are on the opposite end of the spectrum to this type of technology and to form a positive perception – not only is there a lack of infrastructure in the area and the issue of remoteness, but none of the people in the study had ever seen a robot before. While people were initially apprehensive about using the robot, once the project was underway, confidence in the new technology steadied, and the project was a success.