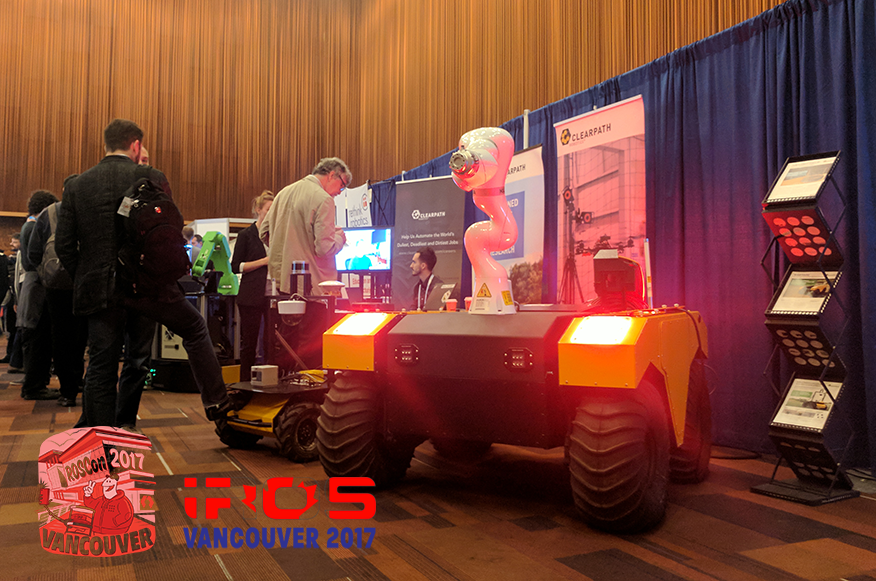 Clearpath Robotics recently attended ROSCon and the IEEE/RSJ International Conference on Intelligent Robots and Systems (iROS) in beautiful Vancouver, British Columbia. The conferences were held back-to-back at the Vancouver Convention Centre and brought in over 2500 attendees from across the globe for a weeks worth of talks, workshops, networking, competitions and exhibition.

This also marked the first time we brought our largest, fastest and all-around toughest robot to a conference. Warthog UGV was on display at our iROS booth with a fully integrated KUKA IIWA 7 degree-of-freedom robotic arm. 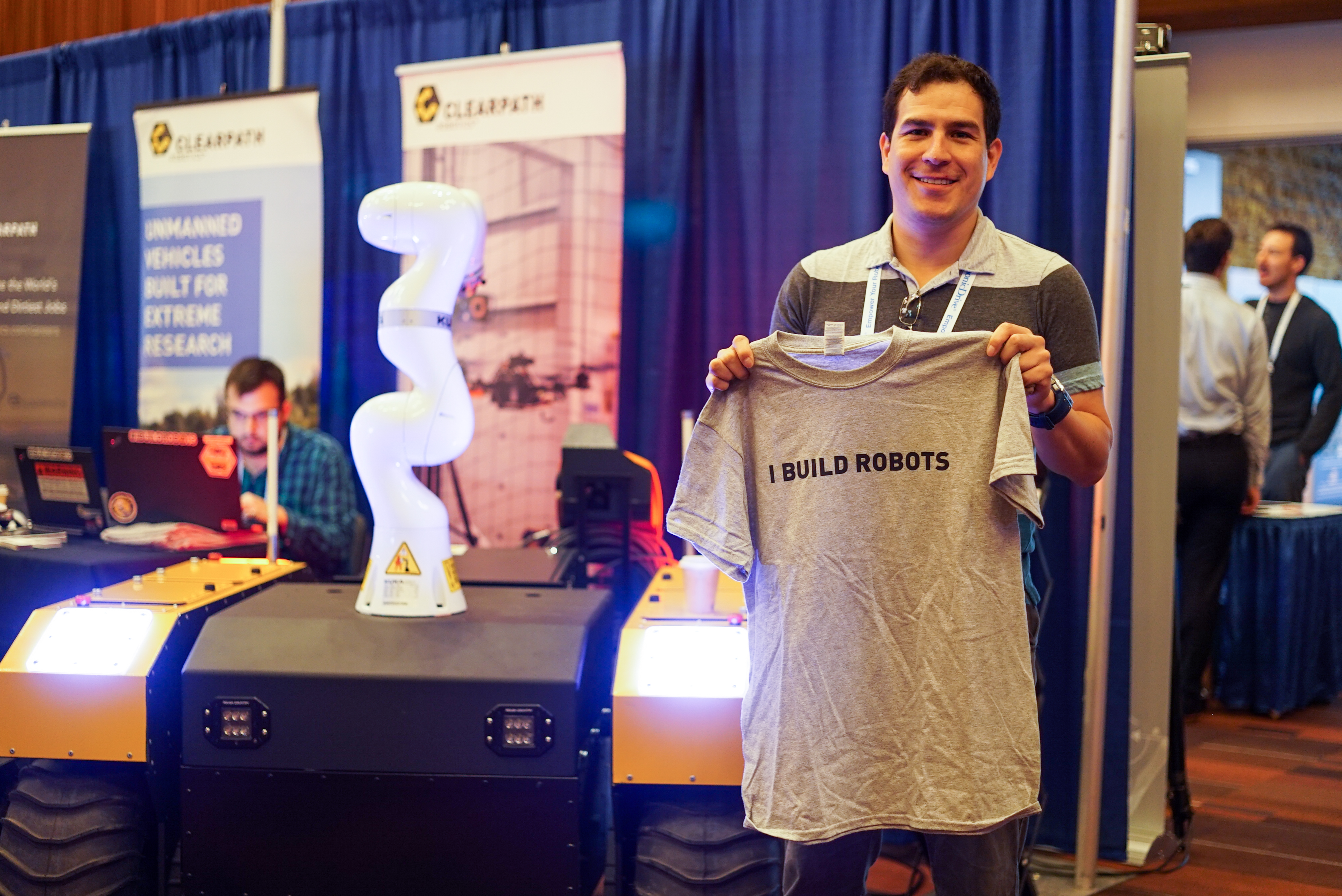 Also at our booth was a Husky UGV, outfitted with a variety of remote surveying and inspection sensors, and Fan Gogh – our art-savvy Ridgeback mobile manipulation robot capable of drawing portrait sketches using an integrated FANUC robotic arm. Watch Fan Gogh in action down below.

To top it all off, we were proud to sponsor a special event on closing night of iROS. We invited Jorge Cham – roboticist and creator of PHDComics – to deliver a humorous, yet thought-provoking talk on “The Power of Procrastination” and his life as a graduate student. Jorge’s talk had a great turnout, with a packed ballroom and lot of laughs.

Overall, both events were a great success and we look forward to iROS and ROSCon 2018!