A couple challenges with robotics is that robots are expensive and they usually depend on batteries. What if you want to run an experiment with 100 robots, running for 10 hours? To help answer this question, ROS has built in support for robot simulation in the form of Gazebo. While this works quite well, it is currently unable to simulate physical properties like batteries, temperature, surface roughness. If your robotics research depends on accurate models, you may want to consider looking at MapleSim® 2015 – a high performance physical modeling and simulation tool developed by Maplesoft™.

Below we can see a video of the Grizzly RUV taking an open loop control path around a surface. Elements like current and voltage provided by the batteries, surface slipperiness and weight distribution all play a role in where the Grizzly actually ends up. To see what we’re referring to, watch the quick simulation video below:

The MapleSim model features a 200 Ah lead-acid battery pack with a nominal voltage of 48 V, similar to the Type B battery pack used in the robot, to provide electrical power to move the vehicle on an uneven terrain. The lead acid battery used in the model is part of MapleSim’s Battery Component Library. The physical behaviors of the battery are described by mathematical expressions curve-fitted based on experiment measurements to provide the accurate battery voltage and state of charge during the operations of the robot.

The interaction forces and moments at the tire-terrain contact points are generated based on a 3D tire model. A 3D mathematical expression is used to describe the terrain surface to allow the tire-terrain contact points to be calculated based on the position of the vehicle. This 3D function is also used to generate the STL graphics of the terrain for animation (see Figure 1).

The model also outputs electric motor torques, speeds, and battery state of charge as shown below: 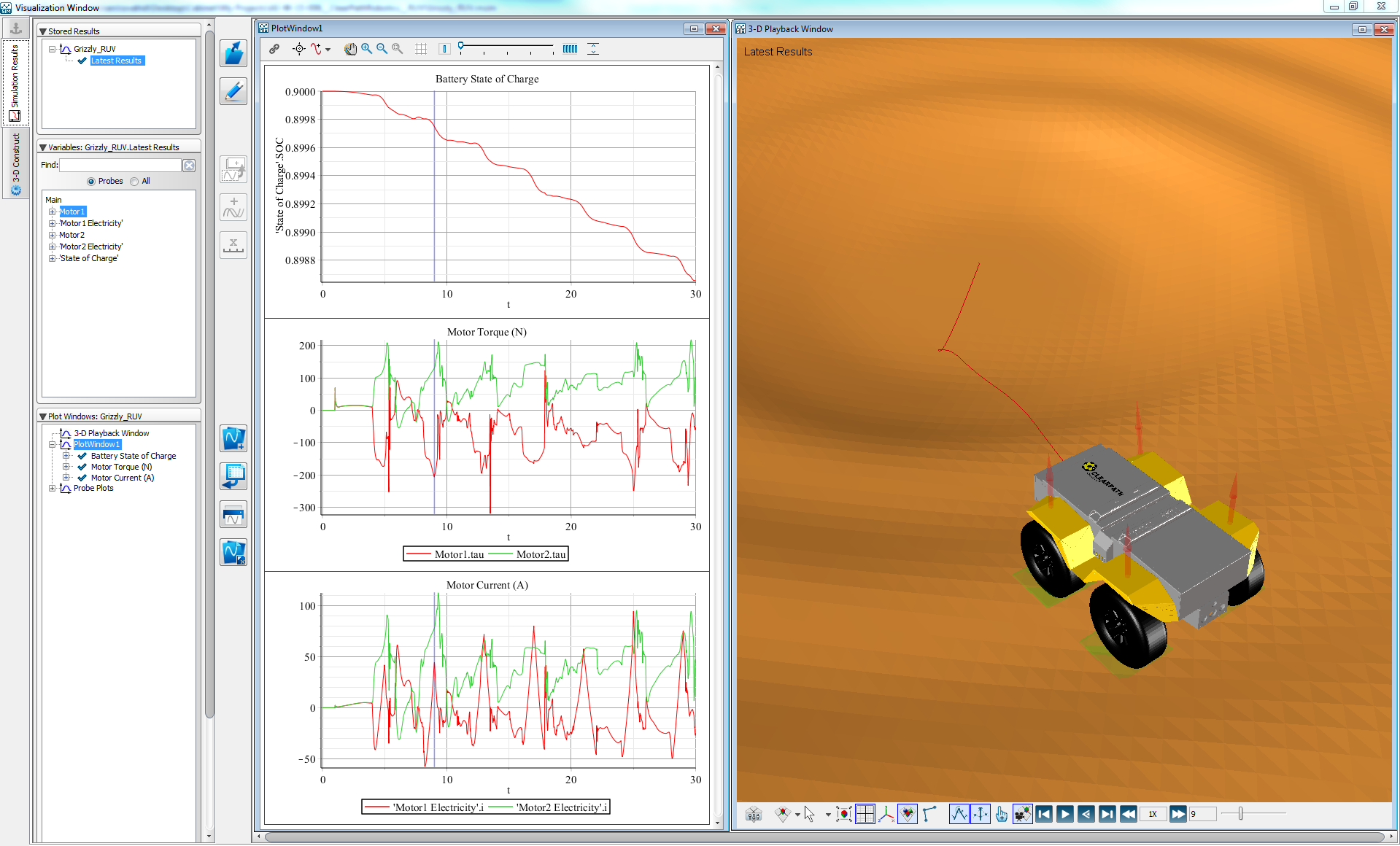 Setting up the simulation involves using the Grizzly RUV MapleSim model, available at the bottom of this post. The graphical representation is easy to understand and also quick to modify. 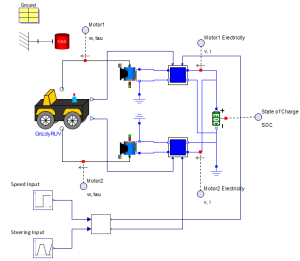 MapleSim and MapleSim provide a testing and analysis environment based on the virtual prototypes of the model. A number of analysis can be performed: 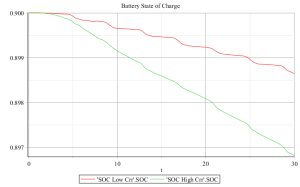