Here at Clearpath, we value continued education, which only makes sense since the field of robotics is expanding and robotics technology is evolving at lightning speeds. As such, the Guest Lecture Series was established to provide formal, highly technical presentations and discussions to challenge, inspire and educate our team of engineers. Although this series is designed for internal team members, we thought we’d take a moment to give you a snapshot of the first topic: How a robot performs complex tasks. Read on to learn more!

How can a robot learn to perform complex tasks?

Our first guest was Professor Dana Kulić from the University of Waterloo. Her talk covered two aspects of robot learning: imitation learning and learning control. First, an approach for on-line, incremental learning of whole body motion primitives and primitive sequencing from observation of human motion were described. You see, as new motion patterns are observed, they are stochastically segmented and incrementally grouped together using local clustering based on relative distances in the motion model space. Over time, the algorithm incrementally forms a tree structure representing the motion space, with specialized motions at the tree leaves, and generalized motions closer to the root.

Next, Prof. Kulić shared approaches to learning control based on both analytic and non-parametric models of the inverse dynamics. The talk ended with examples of applications of the developed techniques to humanoid robot learning, expressive environments and sports training and rehabilitation. 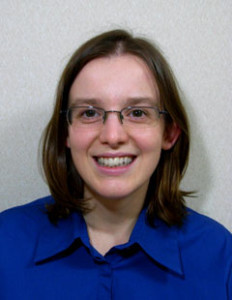 A little bit about Professor Kulić

Winner of the Early Researcher Award from the Province of Ontario for her work on human motion analysis for rehabilitation and human-robot interaction, Prof. Dana Kulić received combined B.A.Sc. and M.Eng degrees in electromechanical engineering and a Ph.D. in mechanical engineering from the University of British Columbia, and has done extensive work on topics including incremental learning of human motion patterns for humanoid robots and human-robot interaction.
The event was a huge success, and we look forward to carrying on the Guest Lecture Series with experts!

Interested in joining the team at Clearpath? Visit our careers page.