Indigo is Here for Husky 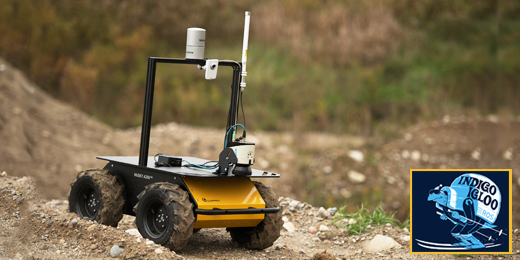 ROS Indigo for Husky has arrived! Yes you read it correctly – Indigo is ready for our flagship Husky platform, and for those curious, it’s already built into Jackal. Moving forward, all new Huskies purchased from Clearpath will be shipped out with Indigo. In the meantime, Clearpath’s in-house ROS experts have been hard at work reviewing code to ensure everything is ready to run on the new upgrade. So what’s different from the previous version? Read on to learn!

Officially released in July last year, Indigo is the newest version of ROS that comes with improvements aimed at further streamlining the development process. Though it may not look like a complete overhaul, our Software Developers (who’ve been eating, sleeping and breathing Indigo) have assured us that there will be a lot of new things happening inside the minds of our robots, making the development process that much more efficient.

A streamlined way to develop robots

It’s been a while since ROS Hydro was released (Indigo’s predecessor) and – not surprising – a lot has evolved in the ROS open source community since then. “Now with the upgrade to Indigo, we’re able to use a lot of newer libraries. It’s leaps ahead of where we started,” said Paul Bovbel, Clearpath’s Software Developer and ROS expert.

Some of the most noticeable changes is that now users can restore the robots’ software back to factory condition easier than before (way easier!). Also, Indigo is a long term support release and, overall, and is incredibly stable.

Another big addition is how Indigo has taken advantage of what the ROS community has already created. This distribution offers a variety of preconfigured navigation and demos tuned by the Clearpath robot experts that will allow for a much faster development process. “The community as a whole has made improvements to various aspects of ROS over the last couple of years and now we’re able to take advantage of that.

The most notable difference for ROS users will be with how the Husky development will be handled.

Our latest robot, Jackal, was developed in Indigo which allowed us to take full advantage of Indigo’s new features right from the get go. Now Husky’s software has been rebuilt from the ground up to follow suit and, although the outside of the bot still looks the same, the internals will function similar to a Jackal (i.e.: improved simulation, 3D pose estimation, etc.) “It still works the same, but under the core, it will run like a Jackal,” said Paul.

Husky will be the biggest benefactor of the newest ROS release. With Husky initially built on older developments of ROS, our Indigo package has added a new level of usability. It’s going to be a lot easier to put additional payloads on top of the Husky; payloads like the recently announced UR5 configuration. 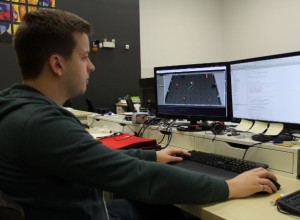 Our resident ROS guru Paul is busy coding away to get Indigo “just right” for Husky.

Our ROS Indigo gurus put together a list of core features that they wanted to highlight for the Clearpath ROS community. Here are the top items you’ll notice when coming over from Hydro:

ROS Indigo:
– Allows running on the latest LTS version of Ubuntu (Trusty 14.04), which supports all the latest and greatest hardware, and includes updated versions of libraries and software.
– ROS Indigo on Trusty will be supported by the OSRF until April 2019.

For the Husky:
– New C++ driver for Husky, using ros_control and diff_drive_controller. This removes the older custom Husky drivers (live and simulation) and replaces them with the same controller architecture used on the Jackal and other robots in the ROS ecosystem.
– Official ISO images empower Clearpath users to upgrade/rebuild their own robot PCs as required. This will allow a user to restore their Husky to factory configuration by booting from the image, and running a few commands.
– URDF streamlining and improvements. The Husky URDF (robot description for simulation and visualization) has been rewritten to be compatible with conventions established in Grizzly and Jackal. It’s also easier than ever to add additional customizations on top of the base Husky model.
– More comprehensive autonomy examples in Husky. Base configurations and demos for localization (amcl), mapping (gmapping), navigation (move_base), and exploration (frontier_exploration). 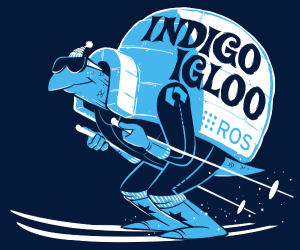 Clearpath’s Indigo package for Husky is sure to provide a better experience for those heading out to complete industry-breaking research; Indigo may be represented with an image of a turtle, but you certainly won’t find yourself programing at the speed of one! In the simplest of terms, Paul explained, “it has more flexibility for developers. A lot of housekeeping was done to make ROS better for the consumer.”

For more information on Indigo and instructions on installation, head over the ROS wiki here. As always, be sure to back up all of your data before the upgrade process. The Husky platform and standard payloads are currently supported in Indigo. To find out if your payload is supported, please consult the Clearpath support center or our support staff directly.