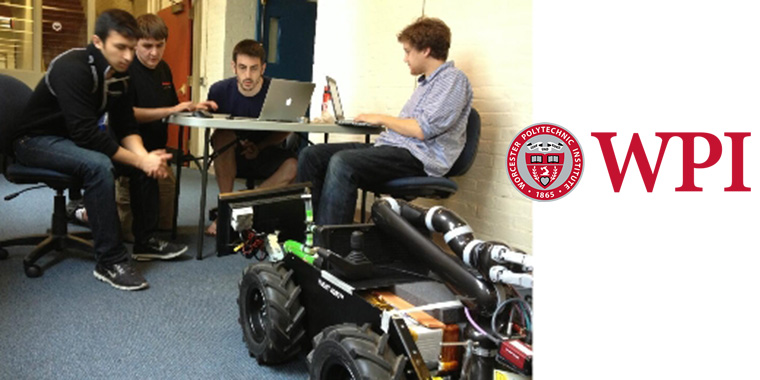 The Worchester Polytechnic Institute (WPI) is hosting NASA’s Sample Return Robot Challenge June 4-9 for the second year in a row.  The challenge is part of NASA’s Centennial Challenge series where participants design a robot that, in a set amount of time, can navigate a complex terrain and seek out samples to return to a designated point. Successful devices will aid in the development of autonomous explorative planetary rovers for NASA. Challenges like this are the real-deal, they’re essentially prototyping robots that could be used in NASA’s projects.
WPI is the only university to have hosted a NASA Centennial Challenge – being the first school to create a bachelor’s degree in robotics, it’s no wonder! Being thought leaders in robotics, they were also early adopters of our robots!

What makes the AERO project NASA-ready? 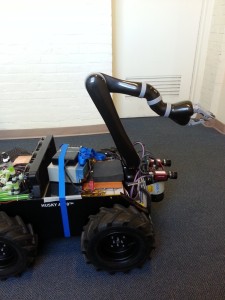 The robotics industry is growing exponentially and participants in challenges like Sample Return Robot are the type to keep your eye on. Clearpath Robotics is particularly excited about the challenge this year because of the Autonomous Exploration Rover (AERO) that will be competing.  The 12 person AERO team designed the rover using our Husky A200 as a base, with a Kinova JACO 6-DOF manipulator arm, of which we are the exclusive North American distributor, to pick up samples. In order to locate the samples while avoiding obstacles, they have also equipped AERO with two sets of stereo cameras and a LIDAR.

Husky and the JACO Mobile Manipulator are quite a match on this robot. Mounted on Husky, JACO offers comfortable flexibility having compliant finger grips and 6 degrees of freedom. Dimitrov explained that having a battery-powered robot like AERO presents power concerns; however, JACO is a great fit because the arm uses “Harmonic Drive gearboxes, so it achieves very good payload capacity while using under 40 W on average. This was a huge advantage in our application.” In other words, the JACO arm consumes about as much energy as a light bulb! 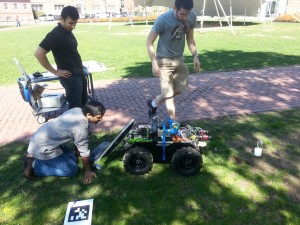 Team Aero have found Husky to be a reliable platform for their project. Team member Velin Dimitrov stated, “we would not have had the time or resources to build a robot with similar capabilities from scratch.”

We are anxiously awaiting June 4th to see AERO in action. Close to 15 teams will be displaying what are certain to be impressive robotic vehicles. There are few things that get us more excited then creative robotic platforms, except perhaps raving reviews like the one we received from team Aero…

“Our experience with Clearpath Robotics has been excellent. We have received support to help us integrate our sensors on the robot, and suggestions on how to best approach the problems we are solving. Clearpath has made sure we have everything we need to succeed, and we look forward to continuing a strong relationship in the future.”

Check out their qualification video below to see AERO in action!