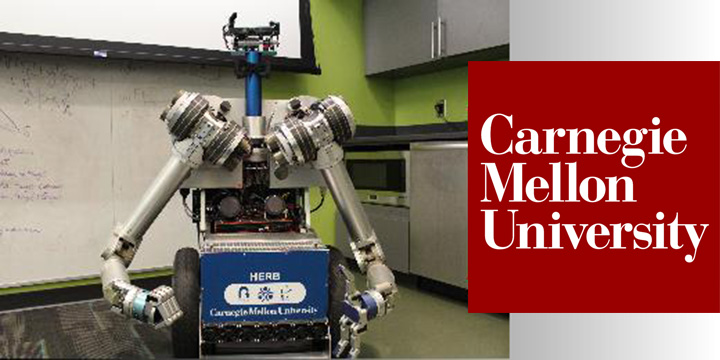 We all know of Rosey the Robot Maid from the Jetsons; the outspoken robotic housekeeper with the frilly apron who rolls around on caster wheels. The notion of robotic butlers or maids is not revolutionary, but the fact that they are becoming reality is. Turn to: HERB (Home Exploring Robotic Butler), Carnegie Mellon University’s two-armed robot, designed by The Personal Robotics Lab at The Robotic Institute. We were invited into the lab to meet HERB, and his robotics team, to get an inside look at who HERB really is… 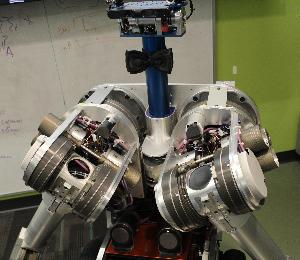 HERB uses color video, a Kinect depth camera and non-visual information to discover over 100 objects in a home-like laboratory, like plants, furniture and food. He has a pair of low-power onboard computers, Pointgrey Flea and Dragonfly cameras, an LMS lidar, a rotating houyo lidar, and a Logitech 9000 webcam, which sit on a segway RMP200 base. HERB communicates with off-board PCs over a wireless network, and although its not possible today, it is plausible that he will be able to interact with the internet in the future. 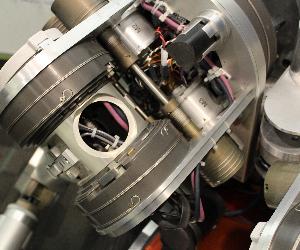 As humans, we use domain knowledge to identify objects; we pick things up, look at them, and touch them to discover what they are. Similar to humans, HERB also uses domain knowledge: he is able to register whether an object moves on its own, if it’s on a table or in a cupboard, and he can lift it with both arms to determine weight. But how does he do this? Primarily with open source software, which syncs up nicely with the really cool hardware mentioned above.

Our Clearpath team is a huge fan of open source software, so we needed to learn more. Some of the open source libraries that are being used to power HERB include OpenRAVE, which is specifically designed for challenges related to motion planning, and GATMO, designed to track moving objects (and people) that exist in real-world environments. ROS is used for hardware drivers, process management, and communication on HERB.

Why is HERB so important? 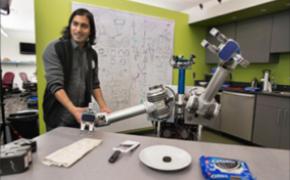 There’s no arguing that HERB is extremely intelligent; his ability to discover and understand hundreds or thousands of objects in a room will be critical to the commercialization of the ‘robotic butler’. HERB’s abilities show prospect in assisting families or elderly with daily tasks such as putting things in the microwave and fetching various items. HERB isn’t just cool, he’s a breakthrough technology and a fantastic result of what collaboration with open source software can create.

Check out HERB’s latest feat, splitting an Oreo cookie in half!