We Love Robots and the People Who Make Them! 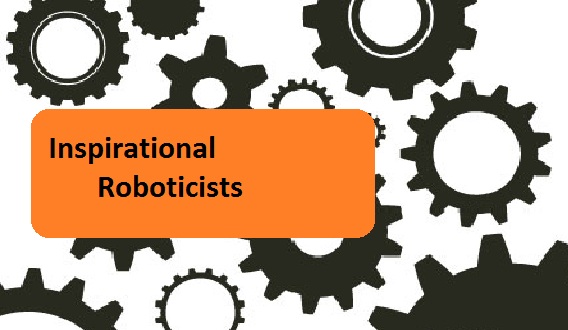 As we know well, the robotics industry is growing every year and producing more and more advanced solutions for a spectrum of industries. Today robots have saved lives by taking on dangerous environments; they clean radioactive areas, explore mines, and gather data from tailing ponds (like our Kingfisher USV). They have improved lives by functioning as artificial limbs for amputees and innovations have re-invented the medical industry by enabling physicians to provide remote care for patients. As the industry booms, there are many roboticists whose work and dedication serve as inspiration. We thought we’d take a moment to recognize a few…

Known for his ‘turtle robot’, Walter is one of the first roboticists to construct electronic autonomous robots. His first robots resembled tortoises because of their appearance and slow movement. They were meant to study human behaviour and give them artificial awareness using simple artificial brains. These robots were phototropic; they could follow light!

Weizenbaum is most known for ELIZA: a computer program used to study natural language communication between man and machine, capable of engaging in human conversation, emulating a psychotherapist. Although obviously fascinated with the world of technology, Weizenbaum was careful to explain that computers can never replace humans in regards to choice and judgment.

We don’t blame Hiroshi Ishiguro for making a robot double of himself because well, it’s pretty awesome. Director of the Intelligence Robotics Laboratory at Osaka University in Japan, Ishiguro is known for his work on the “geminoids”, which are androids bearing a remarkable resemblance to the real-life human it is modeled after. Ishiguro’s work is being used to study human-robot interaction, and the emotional reaction associated with the robot. 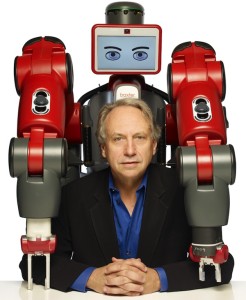 This Australian computer scientist has done a lot for the world of robotics. Brooks works with subsumption architecture in robots with a bottom-up approach; this design is seen in his ‘Allen’ creation. Also notable is his creation of ‘Baxter’ a robot capable of interacting with humans, and his contributions to the robotic community via founding two successful robotics companies: iRobot and Rethink Robotic. Brooks names Walter (mentioned above) as an inspirational roboticist in his life.

Responsible for the Sliver & Black ‘Falcon’s’, Madhani’s work has improved the medical profession by leaps and bounds. He developed robots that allow surgeons to use remote controls to perform minimally invasive surgeries. His robot can function within incisions as small as one inch wide.

DiLorenzo comes with an impressive list of credentials and a long history of building robots. Having created his first robot in the eighth grade, it’s no wonder DiLorenzo has an inspirational story. DiLorenzo’s work aids in the methods for treatment of epilepsy. His work has spiraled into the creation of NeuroVista Corporation, which is developing devices to treat epileptic patients. The Company is working with an implantable device in canine’s that is wirelessly linked to a processing unit able to gather data on the seizure.