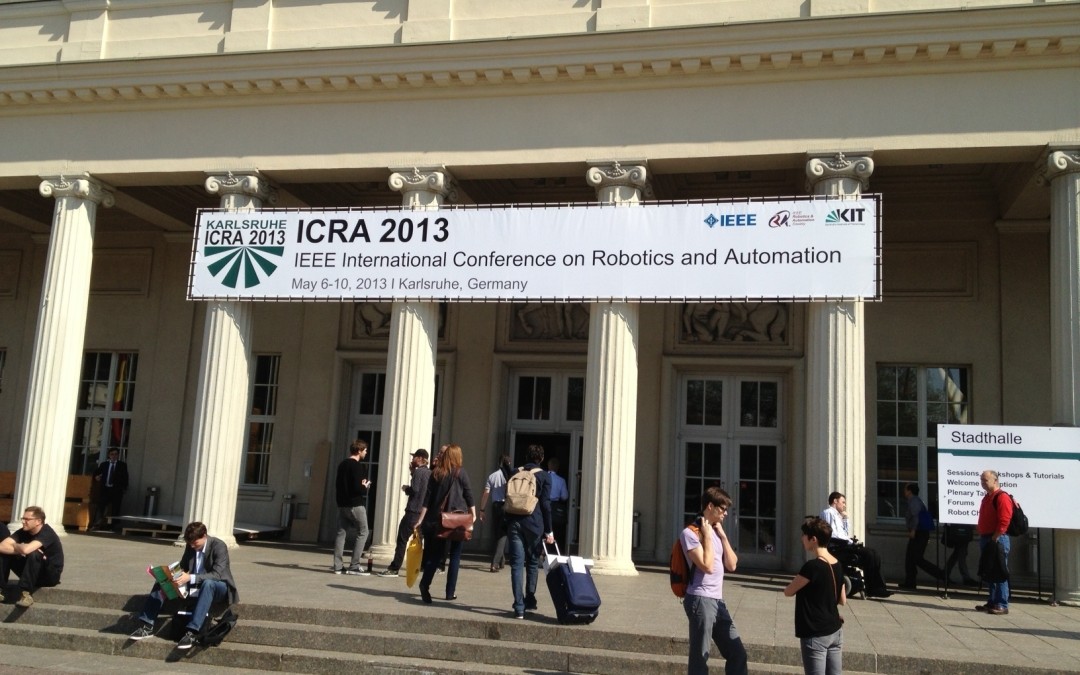 The IEEE International Conference on Robotics and Automation (ICRA) wrapped up in Karlsruhe, Germany. The conference theme this year was “Anthropomatics- Technologies for Humans” and focused on the ways in which Robotics and Automation can improve the quality of human life. We also attended ROScon, which was immediately following ICRA – both events were a great success!

This year, we attended ICRA as a Silver Sponsor (which was new and exciting for us!), and had a 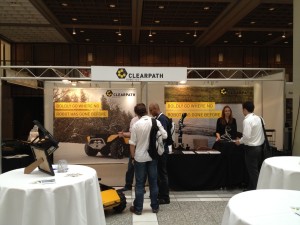 Clearpath at the Booth

great time schmoozing with over 3,000 other robot enthusiasts. We brought along our friends: Husky, Kingfisher, Turtlebot, JACO Arm, and W5D Haptic, who generated a lot of interest at our booth. We were thrilled to see how well recognized Clearpath Robotics has become on an international level, and if not our name, our telling black and yellow colours.

We have to say, we do owe you an apology for not bringing our newest bot, Grizzly, along – he simply would’ve taken up too much space on the plane! That being said, we had lots of questions about Grizzly, so if you haven’t had a chance to see it yet, check out the beast here.

At ROScon, we mixed and mingled with some of the brightest minds of the ROS community. Clearpath Robotics was one of the co-founding sponsors, and we’re so proud to see how much the event has grown!

Conferences like these are a great opportunity to see what others are working on in the industry. Both events served as a welcome example of how the robotics industry is thriving globally – there are some seriously awesome bots out there and fantastic developments with ROS! We met true leaders in the industry. Likewise, we were able to put some faces to the names of people we’ve been communicating with via e-mail and phone, and it was a pleasure!

It’s safe to say ICRA 2013 and ROScon were a success, and we’re glad we were there to take part. See you next year at ROScon and ICRA 2014!