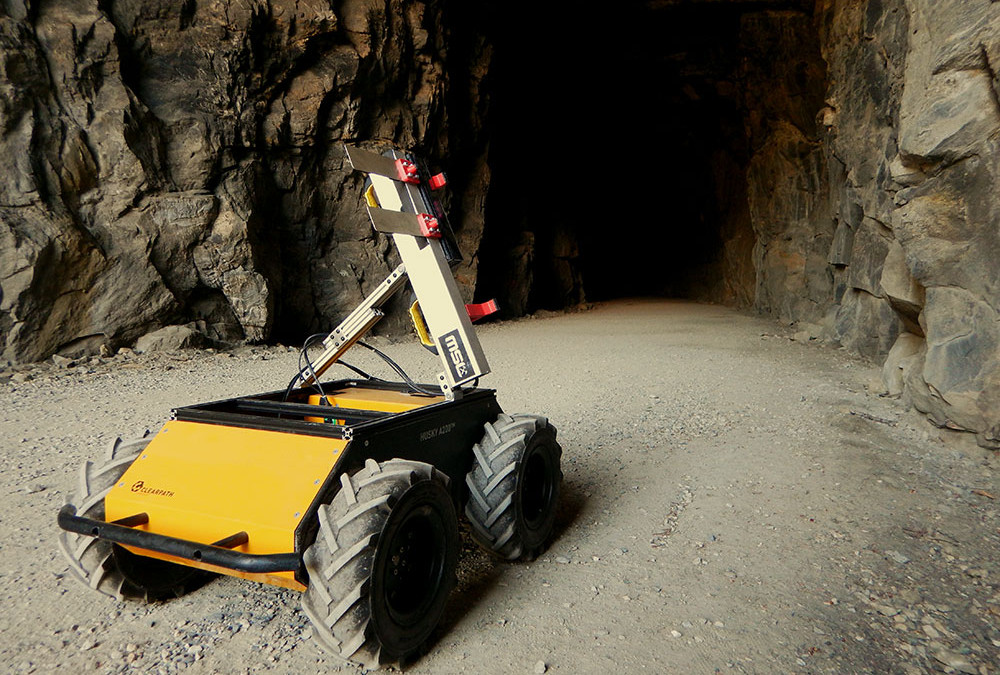 The world-renowned Mining Systems Laboratory (MSL) at Queen’s University is known for developing autonomous solutions for applications in mining and geology. One of their current projects, “Simultaneous Localization and Mapping (SLAM) on Stereonets”, uses a Husky UGV to perform geotechnical mapping of rock masses, a crucial step in predicting potentially lethal rock falls and rock bursts in and around mines.

The MSL’s Husky performs much of the data collection for geologists and geotechnical engineers, automating work that would traditionally take hours to complete manually. 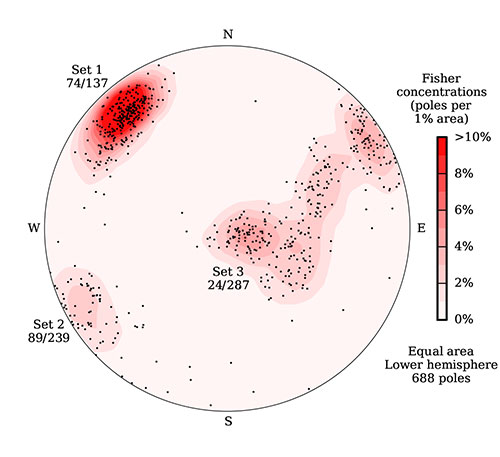 A stereonet describing joint sets in a rock face. This data was collected in just 2 minutes using Husky, but it would have taken hours using traditional hand tools.

When it comes to rock faces overlooking highways, or deep inside mines, it is vital that researchers accurately predict lethal geological events. Despite this importance, the traditional method of geotechnical mapping is surprisingly inefficient. A small hand tool must be placed on the rockface to gather data that is then recorded by hand, a process that is repeated hundreds of times. From the data, the researcher can then predict dangerous rock pressures using stereonets: 2-dimensional maps that chart the dominant directions of elements in the rock face.

In addition to being a monotonous process, these types of manual readings are limited to accessible rockfaces. For instance, an underground mine may experience high temperatures uncomfortable for humans, or the area could be at risk of a ground failure. Extreme events, like rock bursts, can occur when areas with joints or faults in the rock undergo high ground stresses. When there is the risk of a rock burst exploding outwards, or other ground failure, the traditional method of collecting geotechnical information may be unsafe for humans. PhD student Marc Gallant explains, “we need our hardware to be robust in those environments. If a ground failure does occur, we’ll have a broken robot but living people.”