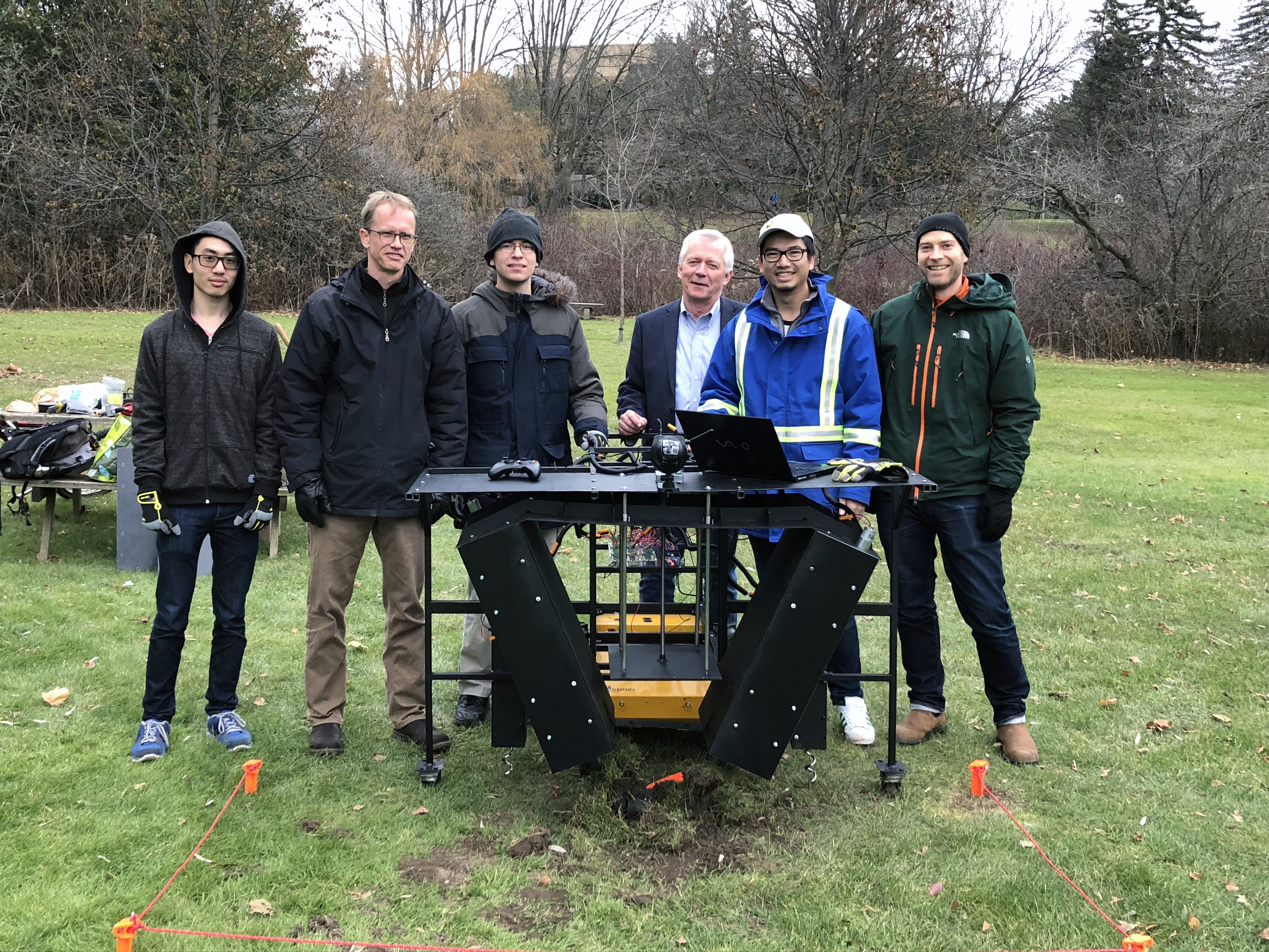 In 2016, there were an estimated 8,605 casualties resulting from landmines. Current landmine excavation processes are highly dangerous, and require workers to explore active landmine sites on-foot, using a metal detector to find the landmines, and remove them using shovels. Growing up in Cambodia, the world’s most heavily landmined country, demining is a cause that is very important to Richard Yim. This prompted Yim and four fellow mechnical engineering students at the University of Waterloo to develop a demining robot for a group project. In 2016, they started a company with a mission to reduce casualties in demining, which Yim describes as “the world’s most physically intensive field.”

Robots as a Landmine Excavation Device

The robot uses the Husky UGV as a mobile base to hold and transport a landmine excavator. It is designed to be light yet rugged, so that it can navigate through the treacherous lands characteristic of landmines. The Husky provides the much needed power and payload capacity: the excavator, whose dimensions are 1.5M to 1.5M and weight is 200lbs, also needs to carry payloads of up to 200 pounds. The excavator is powered by a pair of 24 volt motors and two 12-O batteries. Once at a minefield, it anchors itself to the ground to penetrate in a diagonal direction up to 20-25 centimeters. The robot has a camera set-up to locate the landmine, and align it with the center of the penetrating tool. The device, tele-operated by an Xbox controller, then forms a triangle beneath the landmine to complete the removal.

Yim and his engineers found it easy to integrate their land mine excavator to the Husky UGV, and Yim says “the integration process was very easy, lasting between 5-10 minutes.” Having a ROS-enabled mobile base will be another asset when the Demine team moves to the field, extending the range of capabilities of the device. 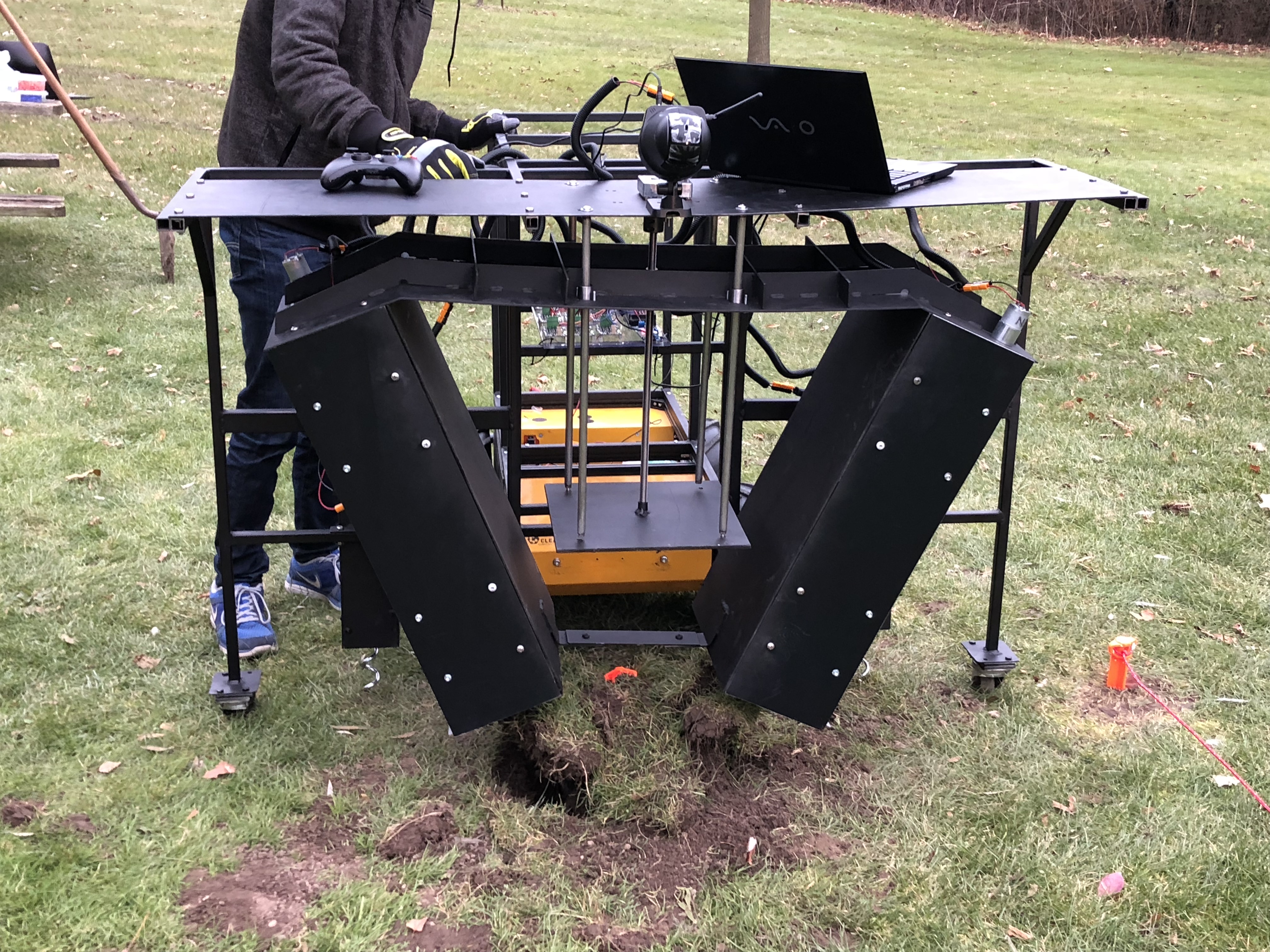 Another reason behind choosing the Husky was that Demine works out of the Velocity Garage, which is located in the same city as Clearpath: Kitchener, Ontario. This allowed them to seek advice and mentoring from local robotics visionaries like Clearpath CTO Ryan Gariepy. Yim also says that each company strives to be impactful in the community and globally, and “putting technical requirements aside, the company values made us really happy to go with Clearpath.”

The company intends to make the robot autonomous, and there are hopes to add new sensors to the machine in May. They have yet to explore an active landmine site, and immediate plans are to continue in research. However, there are plans to take the prototype into the field to explore sites of active landmines this May in Cambodia, and tentative plans for Columbia and Zimbabwe. Eventually, Yim foresees Demine offering excavation as a service to NGOs.

Click here to learn more about the Husky UGV.