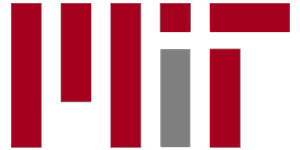 Michael Everett, a PhD Candidate at the Massachusetts Institute of Technology (MIT) along with Steven Chen, another PhD Candidate, and Dr. Johnathan How, have successfully developed a robot using a Clearpath Jackal UGV that is capable of navigating autonomously among crowds and pedestrians.

PART OF THE CROWD

Implementing collision avoidance in vehicles is a problem that is being tackled by researchers with the development of self-driving vehicles for roads. However, the problem of navigating safely among pedestrians poses unique challenges. These include the increased unpredictability of pedestrians’ actions, as well as the lack of navigation guidelines, such as lane lines.

This task requires a sensor suite, capable computer and enough power to keep the whole system running.  Initially, the vehicle was built around a Pioneer robot base. Though, with its inability to reach desired speeds as well as the need for a larger battery, it was deemed insufficient for the project. The team set out to seek alternatives and settled on the Jackal UGV as the only viable option, as Everett claims, “We really didn’t find any other robot that could do what the Jackal was capable of for this application.”

A look at the reduction in build requirements between the Pioneer and Jackal.

With the acquisition of the plug-and-play Jackal, the team was able to quickly continue its research without a hitch. The robot was outfitted with a Velodyne VLP16 LiDAR for mapping and 3D obstacle detection, a series of webcams used for pedestrian classification, Realsense R200s for depth sensing, and sonars mounted to the bumper for close-range pedestrian sensing.  Furthermore, with the ROS support provided by Clearpath, the team was able to mount a more powerful computer and easily clone packages to set it up for use on the Jackal. Everett estimates that the Jackal saved him and his team at least a month in setup time over other research platforms, stating “The Jackal really sparked progress and our ability to perform research and experiments as we now had a reliable and capable platform”.

The research has yielded great success, being published for the International Conference on Robotics and Automation, winning the best student paper award at IROS 2017, and garnering attention on various media outlets. Looking forward, the team is hoping to take the technology another step further. This involves tasks such as navigating even bigger crowds, travelling at faster speeds, integrating social norms and decision making (e.g. passing on the left) and doing it all with cheaper sensing and computing.