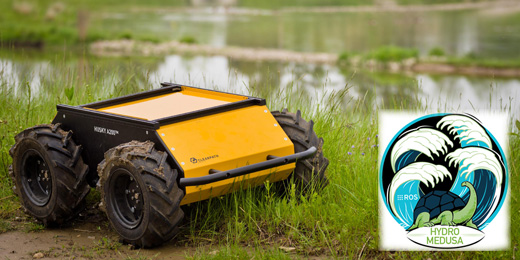 The beginnings of the ROS packages for Husky were created almost three years ago. The first debs were released in August 2011, for ROS Electric. Since then, we’ve released debs into Fuerte and Groovy, and we’ve shipped many, many Husky units out to customers which included powerful minicomputers pre-configured with ROS, the Husky packages, and drivers for payloads like GPS receivers, IMUs, cameras, LIDARs, manipulators, and more. A Clearpath Husky is like a Harvey’s hamburger, you can have it your way — and many of our users choose very custom configurations.

In ROS Hydro, we’ve reorganized things a bit. For starters, all the Husky software has now been moved to its own Github org, at github.com/husky. We’ve also catkinized all the packages, and split out most of them to their own repositories. These changes won’t affect most users, but they’re great for anyone interested to hack on the Husky software itself. We’re also using the new robot_upstart package to standardize how we launch ROS on startup across our platforms, and we’re beginning to include standard EKF configurations for the sensors we’ve sold with Husky in the past.

If you don’t yet own a Husky, please check out the husky_simulator package, which lets you work with a dynamically-accurate simulated Husky with one command, right on your Ubuntu desktop: 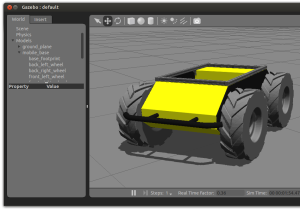 The simulator and visualization launchers have been updated for the new versions of Gazebo and rviz included with ROS Hydro.

For this release, we’ve maintained the topic names and clearpath_base message types which you’ve come to rely on, so there shouldn’t have any trouble moving your own Husky-dependent software from Fuerte or Groovy up to Hydro. And you can even continue to use rosbuild workspaces in Hydro, but you will have to catkinize soon—those will be gone in Indigo.

You can use Husky for Hydro alongside previous versions of ROS on the same workstation; switching back and forth is just a matter of which setup.bash workspace file you source at the beginning of your session. If the machine you are using was purchased from Clearpath with your Husky, you can run the upstart install script and your husky-core upstart job will simply be overwritten with the new upstart system.

Please visit the Husky page on the ROS wiki for details on all this, and upgrade today!