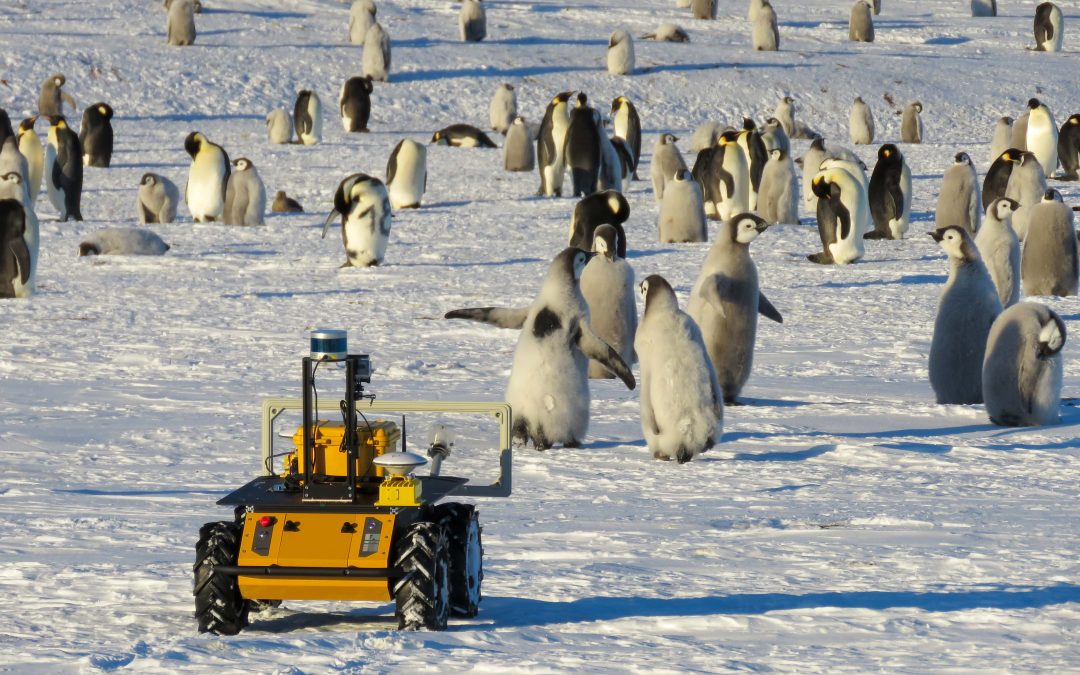 With over a year since our 2020 PartnerBot grant program, we’ve been itching to catch up with our winners and their exciting research. We can’t wait to tell you about another adventure that brings us to a rarely traveled region of the world: Antarctica. The Woods Hole Oceanographic Institution (in collaboration with Friedrich Alexander University Erlangen-Nuremberg, CNRS Strasbourg, CSM Monaco, and the Alfred Wegener Institute for Polar and Marine Research) seeks to reduce the human impact on biodiversity by monitoring emperor penguin colonies with the inconspicuous and unobtrusive eye of Husky UGV. 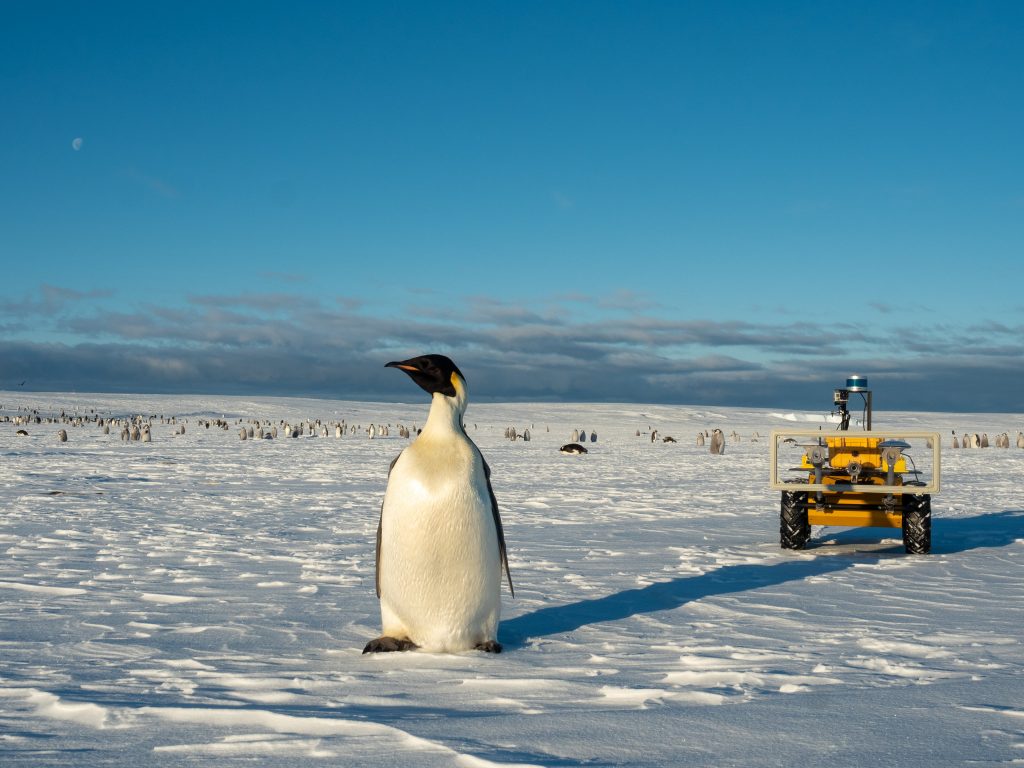 Global warming and its influence on our planet’s biodiversity, particularly how it impacts distinct animal groups, are the project’s main drivers. The ecosystems of the North and South polar regions are the most vulnerable to these consequences. The animals that reside there are at risk of losing their habitat as a result of melting sea ice and rising temperatures. The natural answers to such a threat to our biodiversity have been protection and conservation. 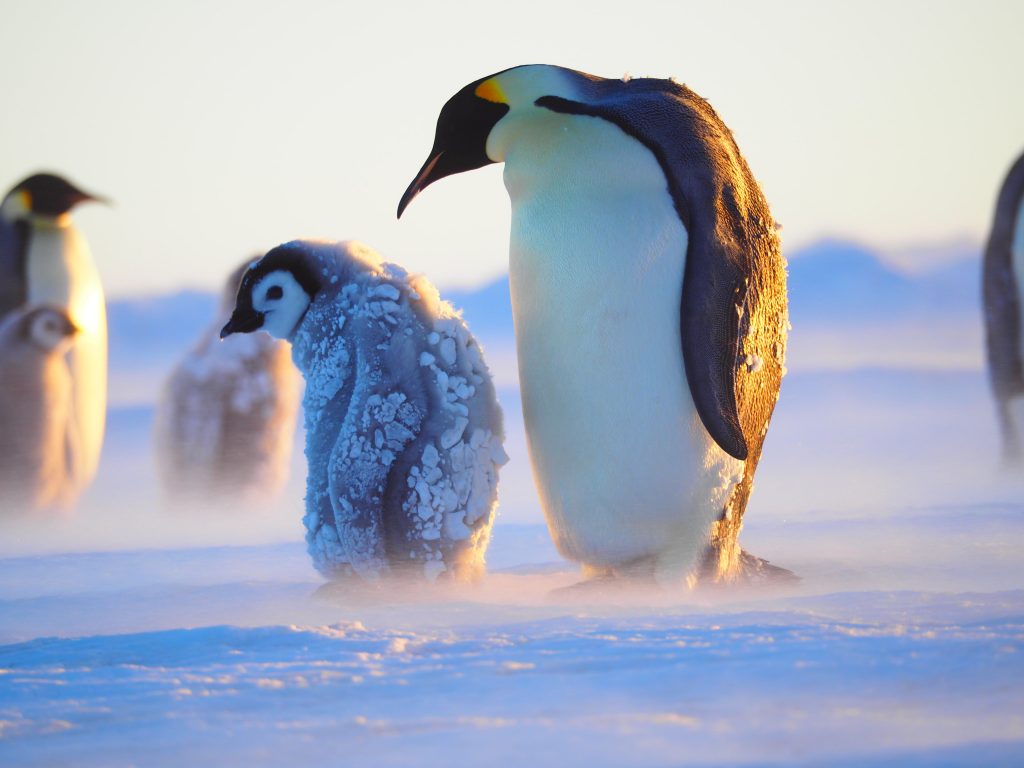 However, substantial research and subsequent data collection are required in order to adequately design solution attempts such as marine protected areas that benefit impacted species. Due to the severe climate of polar habitats, it is incredibly difficult to do so. But, without extensive research, scientists will not have a complete understanding of polar ecosystems, which is required to conserve endangered species populations.

The fundamental problem is that present approaches for studying such ecosystems (such as human conducted in-situ measurements require either a very large logistical effort or satellite-based remote sensing) need data collected on the ground to be calibrated, both often require a human presence. That’s why the research team started a study to use Husky UGV to monitor emperor penguin population dynamics from afar. 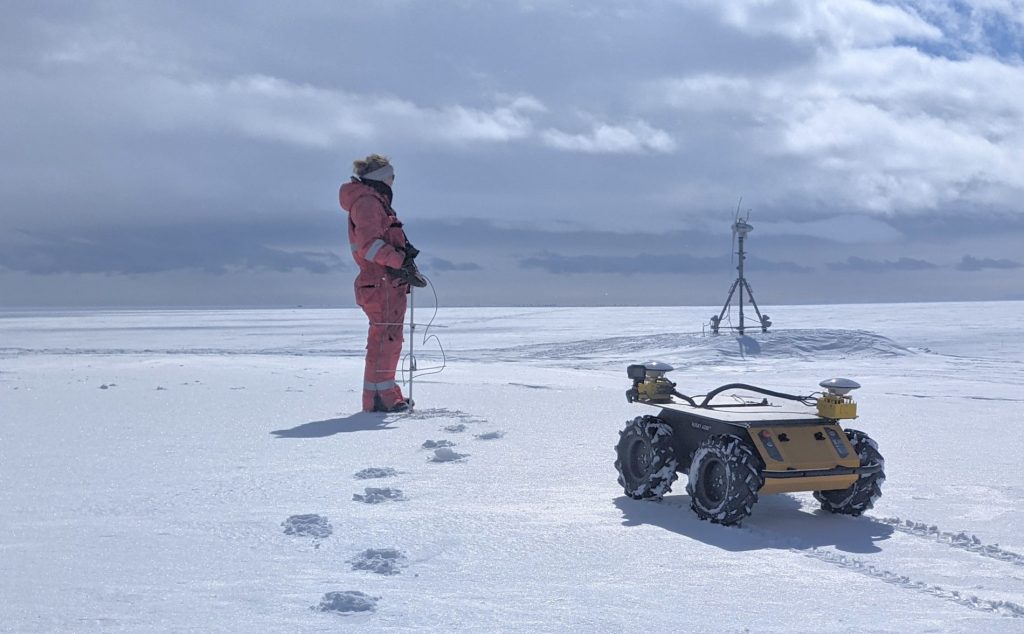 The project also has an educational component. A secondary purpose of the project is to teach a cohort of next-generation students at the doctoral and undergraduate levels how to employ robotics tools to research animal populations in diverse and challenging natural habitats. After all, instilling in the next generation an understanding of biodiversity’s intrinsic value is crucial to the species’, and our ecosystems’,  long-term survival. The research also intends to fill important knowledge gaps about the emperor penguin, particularly its ability to adapt to global change

The project consists of a hybrid (autonomous and remote-controlled) Husky UGV-based robot named ECHO that carries a variety of sensors including a camera and an RFID antenna to read RFID tags from chipped penguins (the kind of chips that are also used to chip dogs and cats). With the RFID scanner, ECHO will scan penguins to assess their breeding status and survival success. To maneuver ECHO to the location where it shall search and scan penguins, imaging data from an existing camera penguin observatory that currently exists near Neumayer Station III on the western shelf of Atka Bay will be used. Overall, the robot will be able to track individual penguins throughout their lifetimes, allowing researchers to gather data for behavioral and population dynamics research.

While there has been significant observation research on emperor penguins in the past decades, most of what we know about the species’ biology and phenology comes from a single colony. To evaluate the species’ overall survival trend, this new project team wishes to infer its adaptive capacities on a larger scale by monitoring several penguin colonies that are breeding in different locations around Antarctica on a long-term basis. Such a large-scale effort is supported by robotics that allows greater data monitoring and data collection by automating processes that previously would have required humans.

“The Husky UGV impressed me because it is a highly configurable but integrated platform. The number of add-ons available for purchase and configuration is unrivaled. With good tracking and the ability to “unstick” itself when steered manually, the platform was also ideal for the snow and ice conditions we encountered in Antarctica. Finally, it was critical that the Husky UGV be relatively silent and capable of being driven slowly in order to avoid penguin reactions.”

ECHO is equipped with a Lidar for collision avoidance and penguin detection, a 360-degree camera for penguin verification, two GPS for navigation, and an RFID antenna. The robot is also equipped with Clearpath’s outdoor navigation autonomy software which allows the robot to roam autonomously amongst penguin colonies. 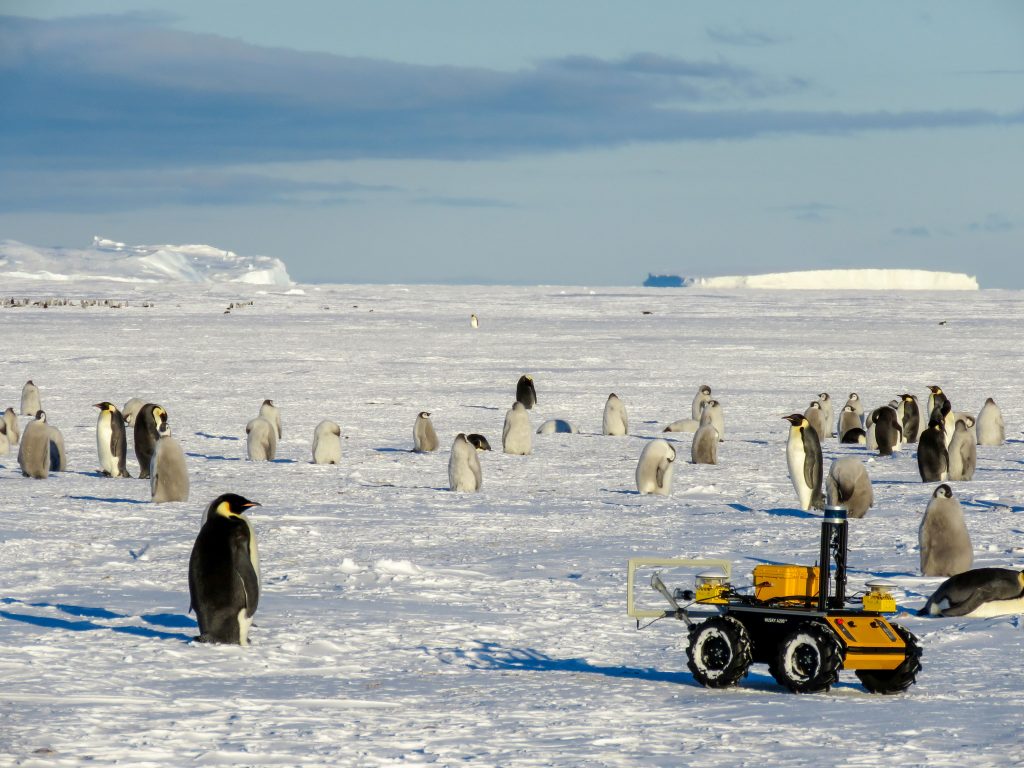 One of the reasons to use a robot for such a task is to minimize human presence in the penguin colony. Comparative heart rate monitoring of breeding king penguins showed that rovers – like Husky UGV – provide substantially less stress to the animals than human observers. The other main reason is that the robot does not fatigue since its endurance is only limited by battery life, and while the robot is fulfilling its scanning duties, the scientists can tend to other tasks. The short reading range (about 85 cm) of radio frequency identification (RFID) hampers identification in big colonies, particularly for emperor penguins that breed on sea ice with no entrance/exit channels where static antennas could be placed. Another drawback is that RFID-tagged penguins cannot be visually distinguished from non-tagged penguins.

Husky UGV ended up being the perfect platform for the job. As Daniel Zitterbart, Associate Scientist at the Woods Hole Oceanographic Institution said: “The Husky UGV impressed me because it is a highly configurable but integrated platform. The number of add-ons available for purchase and configuration is unrivaled. With good tracking and the ability to “unstick” itself when steered manually, the platform was also ideal for the snow and ice conditions we encountered in Antarctica. Finally, it was critical that the Husky UGV be relatively silent and capable of being driven slowly in order to avoid penguin reactions.

In future work, the ECHO will be disguised as a block of ice in the project. ECHO will also avoid approaching the penguin huddles too close (> 30 m) at vital times of the reproductive cycle. Instead, ECHO will be placed in the path of a (moving and wind-driven) huddle, where it will be scanned with RFID until it is encircled by penguins. This prevents any incursion into the colony during this crucial breeding stage and allows the robot to run on minimum energy. The RFID-scanning antennas will only be triggered when the penguins are in close contact with the UGV (determined by light and proximity sensors mounted on the UGV and SPOT Imagery).

Finally, the team hopes to equip Husky UGV with wireless data receivers in the near future to investigate the feasibility of downloading data from devices carried by birds equipped with biologgers in the colony remotely and autonomously. 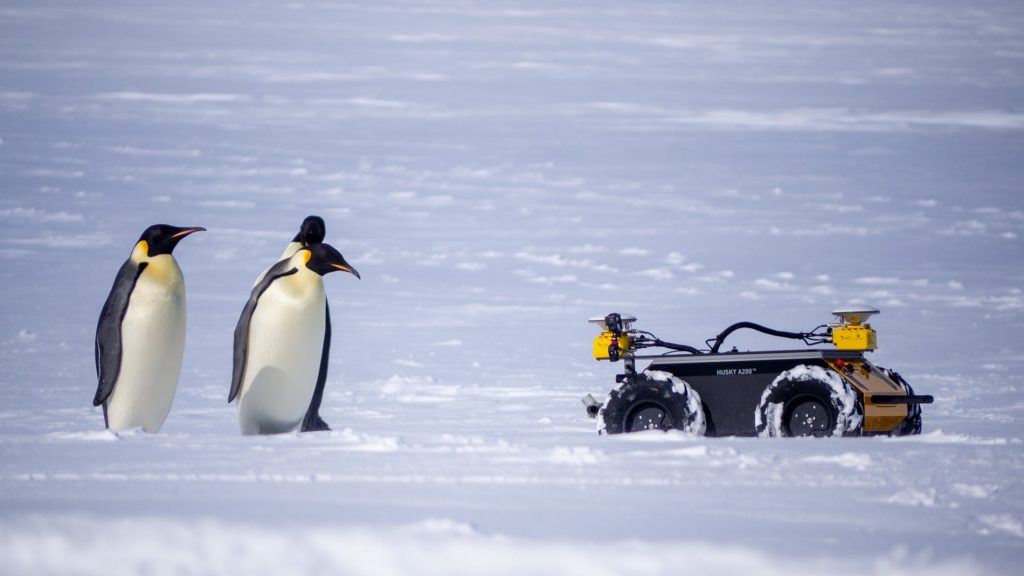 Although this penguin project is still in its early stages, it wants to assess technical feasibility and deploy a prototype vehicle equipped with acquisition recorders across multiple seasons. Once the approach is established, valuable ecological insights will accumulate over time and will be the subject of future research. Furthermore, the initiative seeks to stimulate interest and involvement in STEM education, which will eventually teach future scientists, by having a group of graduate and undergraduate students accompany the process and design ECHO navigation tactics.