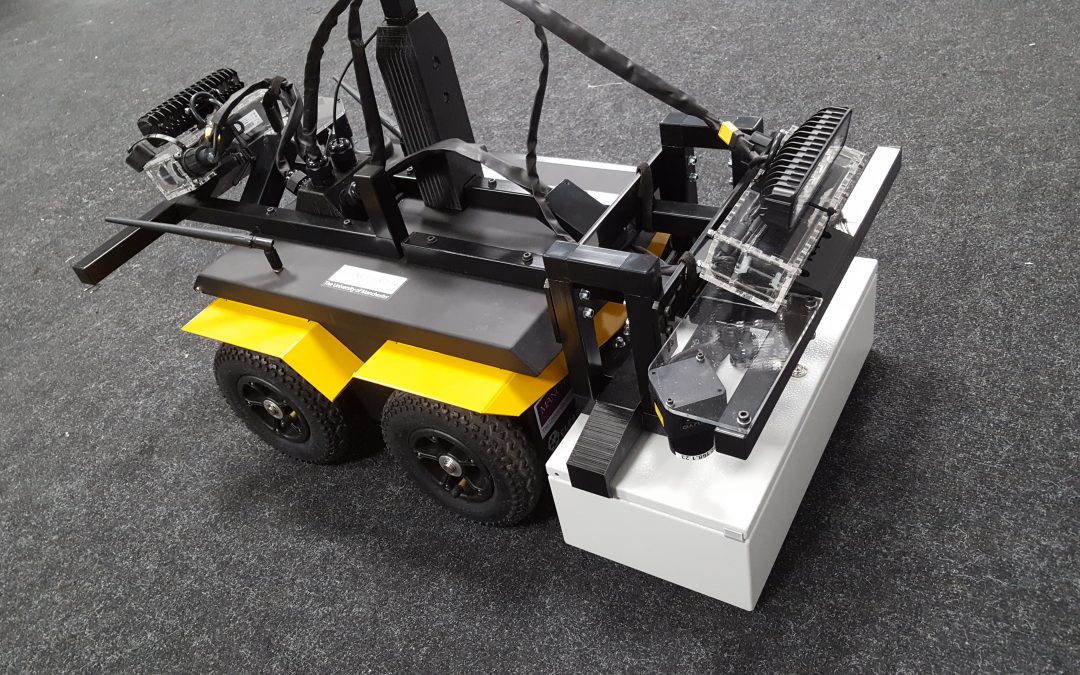 A team from the University of Manchester Robotics group have created the CARMA 2, a Jackal-based robot that showcases the ability to map a radiation environment in ROS. This semi-autonomous robot contains a live GUI of the SLAM mapping and path plans. If radiation values are found, data is displayed on the GUI as red. Conversely, green is displayed if values are not found. The CARMA 2 uses a variety of sensors, including 20m LiDARs, 3D cameras, HD cameras and Thermo DP6 probes to capture this data.

This 3D mapping also allows for detection of fixed point contamination. The operator can use manual controls to investigate these identified areas, and add new data to allow for better identification of the contaminated area.

According to the University of Manchester Robotics group’s recent video, “the vehicle is planned to be deployed at the Sellafield Nuclear site, and will aid in short and long term inspections task[s]”.

Watch the CARMA 2 in action below and click here to learn more about the project:

Learn more about Jackal UGV, the robot platform used for this project, by clicking the banner below: