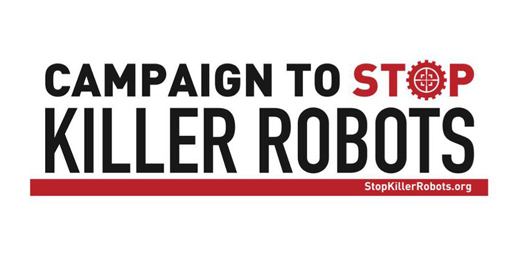 On August 13, 2014, we released a statement to declare our support for the Campaign to Stop Killer Robots. By October, our Co-Founder and CTO, Ryan Gariepy, was invited to speak at the United Nations General Assembly in New York at a side event dedicated to Addressing Concerns Over Fully Autonomous Weapons. What did United Nations representatives have to say about our stance? Read on to find out!

Opening Remarks: Getting on the Same Page

Ryan contributed to the discussion panel and started out with reiterating our stance: “We have committed to not pursue the development of lethal autonomous weapon systems at all, nor pursue any opportunities brought to us by others which might encourage their developments. We’re the first company to do so, and from my discussions with some of my professional colleagues, we won’t be the last.” Clearpath Robotics as a company isn’t only concerned with developing quality products, we’re also concerned with how the new technologies we build can affect society. “Upon discussion, we decided that there is a real threat emerging, and that it’s worth the investment of my time to speak out.” 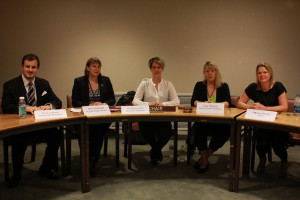 Ryan spoke at the side event at the UN General Assembly on October 21, 2014. More than two dozen nations attended, including the current president of the Convention on Conventional Weapons (France) and the incoming president (Poland), while the UN special rapporteur on extrajudicial, summary, and arbitrary executions, Professor Christof Heyns, was sitting next to Ryan when he spoke. In general, the audience ranged from organizations that hold a general interest in disarmament, such as Red Cross, as well as humanitarian organizations, representatives of UN ambassadors and UN ambassadors themselves. Skill-sets and experience in international humanitarian law, international relations and conventional weapons filled the room.

The panel discussion was structured to include audience questions, many of which directed at Ryan because of his technical background. It was a unique experience for delegates to have the opportunity to speak with an individual who is familiar with the industry and the technology; “I was surprised to learn afterward that only a few of the discussions thus far have included individuals familiar with the underlying technology,” explained Ryan.

What did people have to say?

“The tone of the discussion was one of curiosity,” explained Ryan. Overall, the audience seemed generally interested to learn that technology used in lethal autonomous weapon solutions is a long way off from being anywhere near safe, and that unsafe technology can be deployed now at a very low cost. (This second point caused concern for some, considering it is possible for non-state actors to do so – this essentially refers to various groups that lack affiliation to the country).

“The main point that I wanted to get across was that even though this technology may be possible at some point in the future, it doesn’t mean that it’s the right – or good – thing to do,” explained Ryan. Ryan was one of three panelists, speaking alongside Nobel Peace laureate, Jody Williams, and the program manager for PAX, Miriam Stuyk.

Did this conversation make an impact? 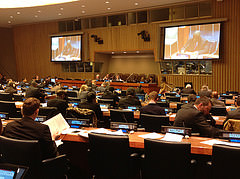 Ambassadors and media at the United Nations Gathering

The campaign to stop killer robots is moving forward at a relatively fast pace. Considering the number of ambassadors and representatives in the room, we’re sure this discussion will ignite further conversation at a much higher level. Some of which may be echoed on Nov 14th when detailed discussions at UN in Geneva will determine if there should be a mandate for continuing at a larger scale. “only a few nations have called for a ban on lethal autonomous weapons, but most seem to want to continue the discussion,” stated Ryan.

“I think we brought a unique perspective,” said Ryan. After the discussion, many individuals in the room commented that this was the first time they had seen a private corporation from industry get involved at this level in the process, this early on. “I think we’ve definitely made an impact. It’s a good time to bring this topic up now and be a part of the discussion.”

Recording was not available during the panel discussion; however, the below clip includes Ryan’s remarks at the media briefing: